Eureka, Illinois — A 9-year-old boy accused of setting fire to his family home appeared in Illinois court Monday. Kyle Alwood was charged with five counts of first-degree murder and various counts of arson for the killing of five of his relatives on one night in April. Prosecutors say the boy intentionally set the blaze.

CBS News correspondent Errol Barnett was in the courtroom where the judge laid out the charges against the boy. Barnett said Kyle was barely visible above the back of his chair, and his feet barely touched the ground. During the arraignment, Alwood’s attorney had to explain some of the terms the judge used, including the words “alleged,” “arson” and “residents.”

Kyle left the courtroom in tears with his arms crossed, escorted by his paternal grandfather, Barnett added.

Since the incident, Kyle’s mother Katie Alwood has been hit with a gag order restricting her ability to talk about the case. She is currently in a Chicago hospital being treated for unspecified medical issues, according to Barnett.

Katie spoke with CBS News shortly after the incident, and fought back tears as she talked about her son.

“Everyone is looking at him like he’s some kind of monster, but that’s not who he is,” Alwood said, adding, “People make mistakes and that’s what this is. Yes, it was a horrible tragedy, but it’s still not something to throw his life away over.”

The victims are all members of the family: Alwood’s other children, Daemeon and Ariel Wall, ages 2 and 1, respectively; her grandmother, Kathryn Murray, 69; her fiancé, Jason Wall, 34; and her niece, Rose Alwood, 2. Alwood was in the home when the fire broke out. Most of the victims were sleeping, and Alwood was only able to save herself.

“I stood at the window and I told my kids I was sorry I couldn’t save them,” Alwood said. “Mommy was right here and I loved them. You know, so, at least hopefully they heard that. I told Jason I loved him… And then something told me that they’re gone.”

“So there was a moment where you could hear them screaming. You could hear your fiancé and then it ended,” Barnett said.

“I don’t know what’s worse. Hearing him scream or when it stopped,” Alwood said, choking up with tears. 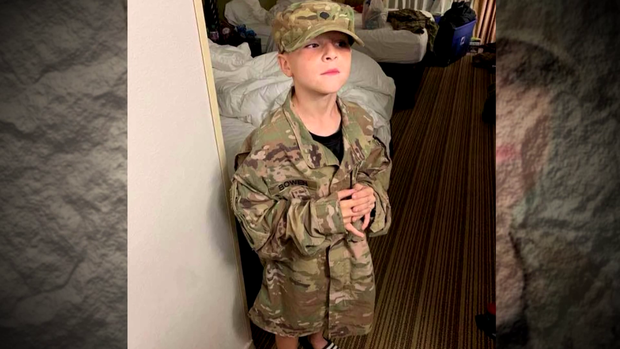 Alwood said her son had been recently diagnosed with a form of schizophrenia, ADHD, and bipolar disorder, and that he is a loving boy who deserves a second chance.

“She got me out of bed. She made my days better. And it hurts, her not being here,” Samantha said.

Unlike her sister, Samantha wants her nephew, Kyle, to face a strict punishment.

Gloria Browne-Marshall, a constitutional law professor at John Jay College, said the murder charge on a child is an abuse of power by the prosecutor.

“It’s difficult to understand how a 9-year-old would have the state of mind to know that their action would result in a death,” Browne-Marshall said.

Alwood said her son deserves to pay for his alleged actions but said the family has already suffered enough.

“I did lose, you know, my family too,” Alwood said. “But I forgive him. I love him no matter what.”

The local prosecutor told CBS News he defends his decision to file murder charges, but that Kyle is only expected to face probation. Alwood said she hopes the judge takes into consideration Kyle’s mental state and the person she says he is.

A pre-trial hearing is scheduled for Nov. 22. 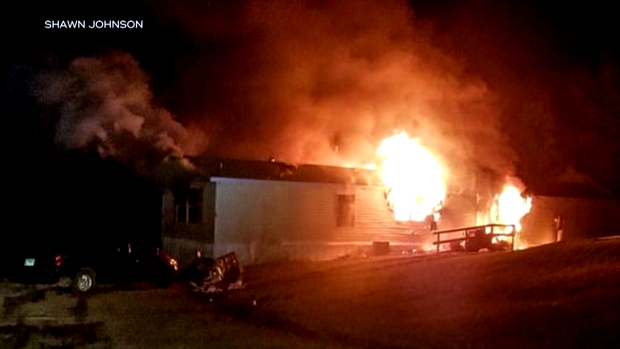