COLUMBUS, Miss. (WCBI) – A Columbus woman is behind bars for allegedly shooting her boyfriend after he threw a beer on her. 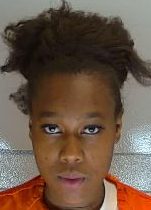 According to police, the suspect’s boyfriend tossed his drink on her which led Billups to shoot him once.

The victim is recovering from the injury and was treated at Baptist Memorial Hospital.