“I was separated from him. I was taken”: 7-year-old torn from dad at U.S. border

Watch a preview of the CBS News documentary “The Faces of Family Separation” in the video player above. The full documentary premieres on CBSN tonight at 8 p.m., 11 p.m. and 2 a.m. ET.

America’s southern border has long been a place of controversy and passionate political debate, a 1,933 mile stretch of cities and towns, rivers and desert, snaking from California to the Gulf Coast of Texas.

The issue of immigration at the southern border moved to center stage in recent years as President Trump made it one of his signature issues. In the spring of 2018, the administration’s controversial policies to curtail border crossings provoked intense debate when it was revealed that parents were being separated from their own children. It is a divisive issue and a dramatic story that continues to this day.

In “The Faces of Family Separation,” CBS News correspondent Manuel Bojorquez shows us the impact the family separation policy has had on four migrant families. Each said they fled their homes in Central America hoping to find safety or a better life in the United States. But what families like theirs faced when they arrived at the border changed radically in April of 2018. That was when the Trump administration announced a “Zero Tolerance” policy.

Adelindo and his daughter Angie are from Honduras. They made it to the U.S. side of the border, only to be separated in McAllen, Texas. CBS News

The new reality was laid out simply and clearly by then-Attorney General Jeff Sessions: “If you cross the border illegally, you will be prosecuted.”

That was a huge change for families with children seeking asylum and fearful of returning to their own countries. Under previous administrations, it was up to prosecutors in border states to charge people for crossing the border illegally — and most were not charged. Families with children and those seeking asylum were typically detained for days or weeks and then released with a notice to appear in immigration court.

Now, under Zero Tolerance — which began as a pilot program the El Paso sector in late 2017 — the administration criminally prosecuted all parents in family units for improper entry or re-entry. The rationale for the separations was that the children could not be transferred with the parents into the custody of the U.S. Marshal Service. The children ended up with the Department of Health and Human Services and were sent to one of dozens of shelters it oversees around the country.

That was the last thing Susana expected when she and her family began the journey from their home in El Salvador to the Texas border.

Susana and her children,10-year-old Leni and 7-year-old Litzy, fled El Salvador, a country with one of the highest murder rates in the world. Her son Leni’s father had been murdered by a gang. Then more recently, Leni witnessed armed and masked gang members in the street. “And you know,” says Susana, “witnesses get killed.”

The family finally decided it was too dangerous to stay. Susana left her job as a health-care worker, and along with Leni, Litzy and Litzy’s dad, journeyed eight days and nights by bus and car to the shore of the Rio Grande river. They hired human smugglers known as “coyotes” to help them across. At the border, Susana crossed the Rio Grande with her son. The coyotes told Litzy and her father to wait a few days before they attempted their crossing. 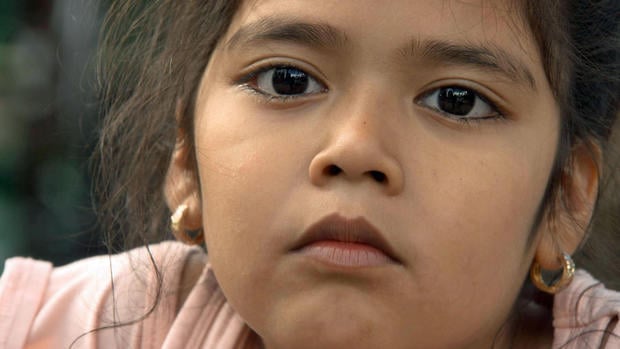 “I was separated from him. I was taken,” Litzy, 7, said of being torn from her father at the U.S. border. CBS News

After a fraught crossing on a leaky raft, Susana and Leni turned themselves in to U.S. Border Patrol officers. Desperate to find out where her daughter was, Susana was still in detention when she learned the unthinkable: Litzy had crossed the river with her father, and then was taken away from him, crying and screaming.

“I was separated from him. I was taken,” Litzy said. It would be weeks before Susana learned where her daughter was, and months before she would see her again.

Like Susana, Jose and his 10-year-old son Ervin had fled their homeland, Guatemala, at exactly the wrong time. Their third day in detention in the U.S., Ervin was separated from his father. “My dad was not there,” he said. “I don’t know what happened.”

Jose was deported to Guatemala. Ervin was sent to a shelter for what turned out to be 5 months. “I miss my dad a lot,” he said.

Angie and her dad, Adelindo, are from Honduras. They also made it to the U.S. side of the border, only to soon have Angie taken from Adelindo in McAllen, Texas. 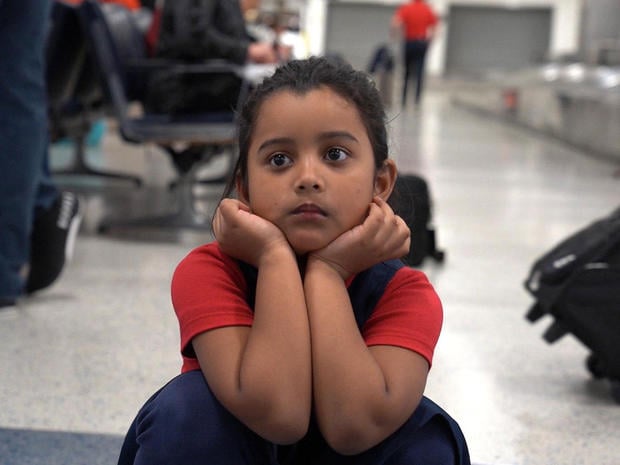 “In that moment I wished to die. I could only think about my daughter,” Adelindo recalled, fighting back tears. “When you are separated you feel it in your heart,” Angie said.

When the family separation policy became widely known, it provoked outrage, protests and fierce opposition. On June 20, 2018, under mounting criticism, President Trump announced he was reversing his own policy. “We’re going to keep the families together. I didn’t like the sight, or the feeling of families being separated,” said the president.

Junior, 21, has taken care of his 8-year-old brother Andy since Andy was 3. He stepped in when their mother abandoned them. “I was like a father to him. I’m the only person he’s got,” said Junior. The two were inseparable. But when they crossed into the United States, border and immigration officers did not consider Junior as Andy’s legal guardian since he wasn’t Andy’s parent. “I asked them to please not separate us,” said Junior, but his brother was taken away, sobbing. Andy was sent 2,000 miles away to a shelter in New York City.

After months of not knowing if they would never see their loved ones again, these four families were eventually reunited. The reunions are full of emotion — joy, of course, but also pain. Even in her mother’s warm embrace, Litzy asks her: “Do you love me?” 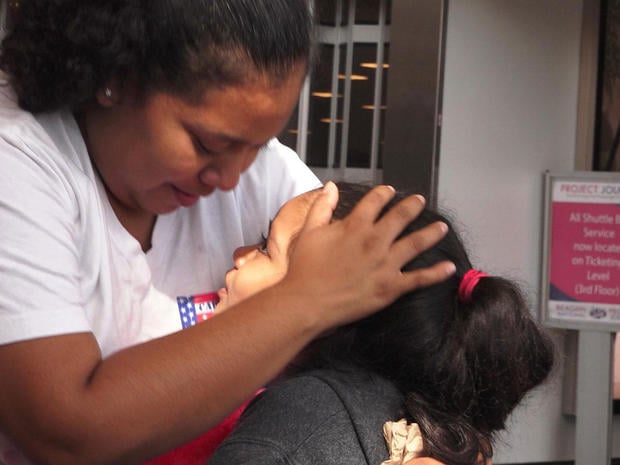 “Do you still love me?” Litzy asks her mother Susana during their reunion after months apart. CBS News

“For a child the most terrifying thing in the world is to be separated from their parent. It’s the worst thing that a child can experience,” says Dr. Cristina Muñiz de la Peña, a New York psychologist who specializes in caring for immigrant children. “These children and parents are in a constant state of alertness, in hypervigilance, because they are not safe still. We’re not secure. We’re not settled.”

As they await their asylum court dates, the families struggle to cope with the possibility of deportation back to the dangers they say they fought so hard to escape — and yearn to make the United States their new home.