Health officials on Friday said they now have reports of 98 cases in 22 states, with the addition of Mississippi, Tennessee and Wisconsin. The outbreak is blamed on E. coli bacteria in romaine lettuce grown in Yuma, Arizona.

The Centers for Disease Control and Prevention says the bacteria strain behind the outbreak tends to cause more serious illnesses. Forty-six people have been hospitalized, including 10 with kidney failure. The most recent illness began a week ago. No deaths are reported.

Health officials say people shouldn’t eat romaine lettuce unless they know it’s not from Yuma. Every winter, the Yuma region provides most of the romaine sold in the U.S. 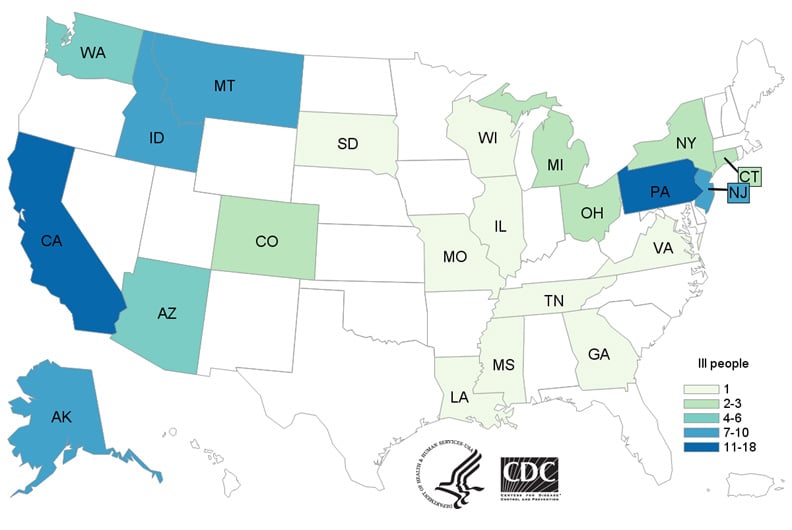 (Copyright 2018 The Associated Press. All rights reserved. This material may not be published, broadcast, rewritten or redistributed.)