Dorian Forecast to Approach the U.S. as a Major Hurricane This Weekend

As of 10 a.m. CDT Wednesday, Dorian was packing 70 mph sustained winds as it was located 25 miles southeast of St. Croix, one of the U.S. Virgin Islands.  Its steady movement northwest continues at 13 mph, the National Hurricane Center said. Tropical-storm-force winds extended outward up to 80 miles from the center.

A reconnaissance aircraft passed through this morning and found sustained winds approaching 80 mph as Dorian organized more and more.  The recon mission was flown by the Hurricane Hunters, a part of the United States Air Force Reserve’s  53rd Weather Reconnaissance Squadron in partnership with the National Oceanic and Atmospheric Administration. 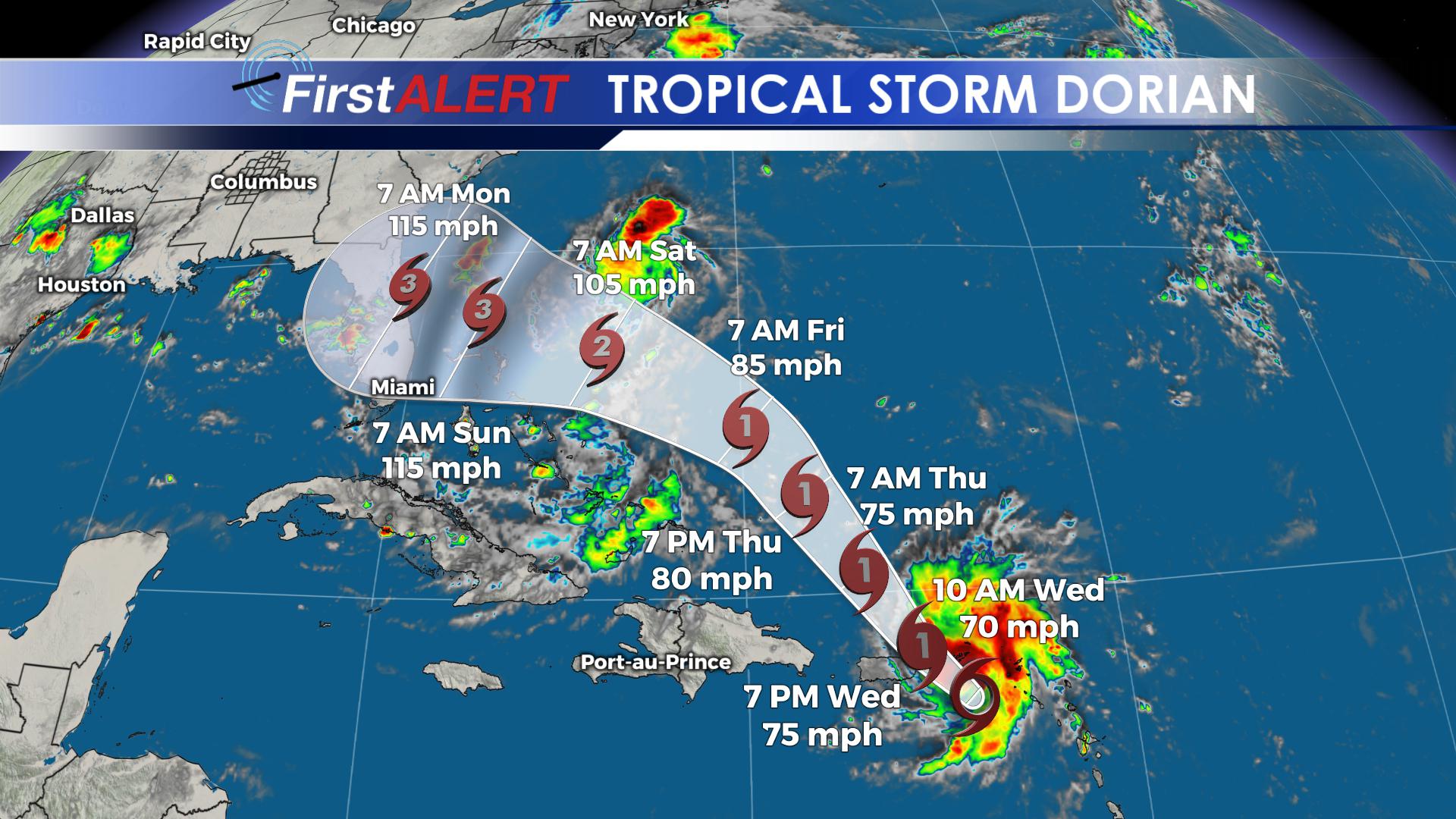 On Dorian’s latest projected path, it will pass north of the Bahamas and enter an area of warm waters combined with lower wind shear and ample atmospheric conditions primed for strengthening.  The official forecast strengthens it to a Major Category 3 Hurricane by Sunday Morning as it passes north of the Carribean and heads generally westward towards Florida.

Uncertainty still remains with the exact path of the storm, but impacts will be felt far beyond the central path.  The cone of uncertainty places areas from Miami, Florida to Savannah, Georgia in it’s most likely outcome for the projected path, but there are still several days to monitor Dorian’s progress towards the United States.  Under the current conditions, a most likely landfall scenario would occur Sunday into Monday.  Still, a southward jog in the path would bring it towards the Gulf of Mexico, while a northward path might suggest Dorian heads for parts of the Carolina Coast.

Those with plans to visit Florida over the long Labor Day Weekend, and those with interests anywhere in the Southeast should monitor the forecast for Dorian in the coming days.