COLUMBUS, Miss. (WCBI) – A public-private partnership could help you with your next speeding ticket in Columbus.

The driving school is the only one of its kind in the area, and it offers a variety of services, including permit preparation and driving training for those just getting their licenses, refresher courses for older drivers, and reinstatement services for those who have had a license suspended.

Golden Triangle Driving Academy is also teaming up with Columbus Municipal Court to offer a Defensive Driving course to help folks who have had a speeding ticket wipe the slate clean. 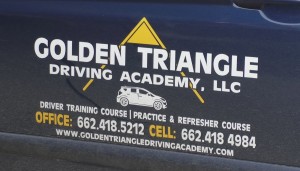