JACKSON, Miss. (WCBI) – Governor Tate Reeves signs a bill that would keep some private money out of elections in Mississippi.

The Governor touts the measure as a way to keep out-of-state money out of state and local elections.

The new law does not prohibit campaign contributions from out-of-state donors. 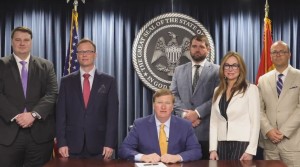