ALICEVILLE, Ala. (WCBI) – A man reported missing in Aliceville died in a west Alabama crash. 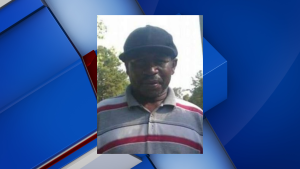 Aliceville Police Chief Tonnie Jones says Lewis was walking down a Tuscaloosa area interstate when he was struck by a vehicle.

Lewis did not have identification on him at the time and was positively identified by the Alabama Department of Forensic Science.