Nativity scenes, from the artistic to the living

The birth of Jesus is what Christmas is all about. Though with all the frantic shopping and stocking stuffing, it’s often overlooked. That’s definitely not the case for Michele Devitt,

Her Ohio home is a makeshift museum of Nativities from around the world. “It’s just a love and a passion that I have,” she said of her collection of Nativity scenes. “My faith is important to me. And the birth of Jesus has always been a part of my life.”

Correspondent Nikki Battiste asked, “How many Nativity scenes are throughout your house?”

“Well, my collection is almost 800,” she replied. “And that includes some of the jewelry that I’m wearing on my vest, and the earrings.

“It was kind of like a secret; nobody realized how many I had!” she laughed.

The scenes all follow the same basic storyline – but what do we really know about Jesus’ birthday?

“Another myth that we have: the wise men and the sheep and the lambs all showing up together. We’ve got two different stories about Jesus’ birth: one in the Gospel of Matthew, one in the Gospel of Luke. One has magi; one has shepherds. Sometimes we forget that we are dealing with at least two stories of the Nativity.”

“So, there are many myths?” asked Battiste.

“Many myths, many versions, many stories,” Barreto said. “And I think that’s part of the beauty of the Nativity scene, is that it contains multitudes within it.” 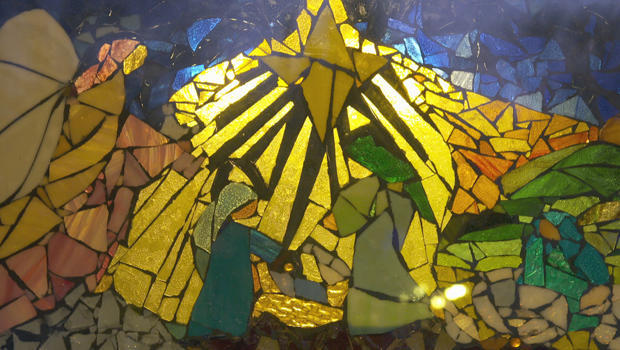 Whatever the actual facts are, the person we have to thank for the Nativity scene as we know it is none other than St. Francis of Assisi, who created the very first Nativity in Italy in 1223 to inspire the local townspeople.

“Not too long after that, especially when we get into the Renaissance in Europe, noble families, wealthy families would start to commission Nativity sets to put on display in their homes,” said Sarah Cahalan, director of the Marian Library at the University of Dayton. “And it almost became kind of a status symbol or a luxury good that they would try to have the nicest Nativity set in town.”

Each creation usually includes Joseph, Mary and Baby Jesus; the rest is up to the artist, which can mean pretty much anything.

Cahalan showed Battiste one of the library’s collection of Nativities, what she calls their “Hipster Nativity,” with a man bun on Joseph, and Mary’s bra strap’s hanging out. “One interpretation of that is that she is a nursing mother,” Cahalan pointed out.

“And she drinks coffee?” asked Battiste. 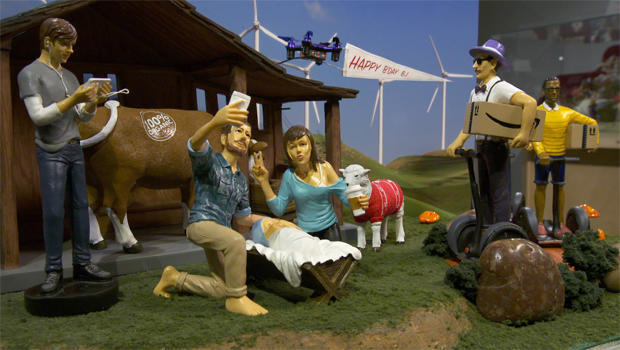 “To be honest, it’s not my favorite Nativity in the collection,” Cahalan laughed.

One of her favorites is from Kenya, made out of recycled soda cans. 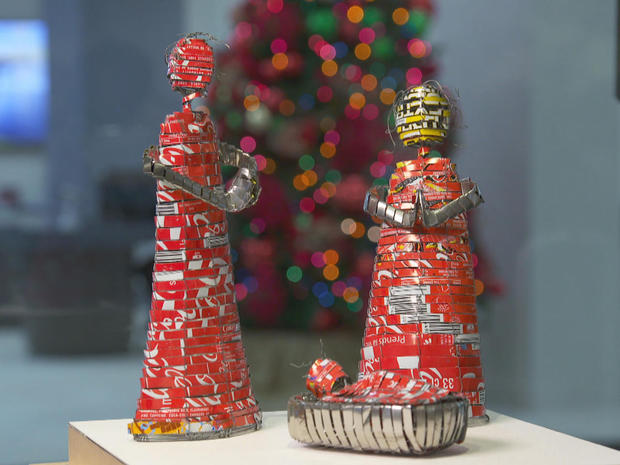 Since 1995, the library has presented an annual Nativity exhibit – from a mariachi manger and a stable made of bread, to more traditional scenes, and the abstract.

Regardless of the artistic materials, it’s the message that matters. “It has a certain holiness to it because of the story that it’s telling,” Cahalan said. “But it’s not something that only a priest can touch. It’s something that anybody is allowed to have.”

Perhaps there’s no better way to experience the mystery and miracle of the Nativity than to actually be a part of it. With more than 200 volunteers, elaborate wardrobes and sets, a living Nativity in Mount Laurel, N.J., brings the Christmas spirit to life.

Tammy Brown has been playing Mary for more than a decade because, she says, it honors her faith. As for Stephen Montgomery, a.k.a. Joseph: “Last night I was a shepherd, and today I found out that they had plenty of shepherds and that this was open. I did not know when I woke up this morning that I would be Joseph!” 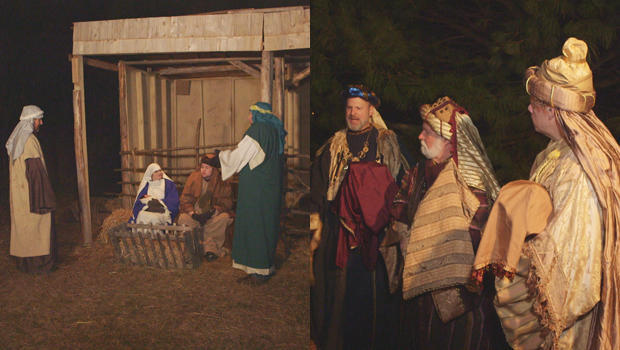 And as they braved the freezing weather, hour after hour, we thought it was only fair to give them the last word.

Montgomery said, “The meaning of Christmas in general can get lost. It’s the reminder of what Christmas is really about.”