Nearly 4,000 cookies baked for troops in honor of late friend

A group of friends in Hackettstown, New Jersey, have been baking Christmas cookies for a purpose for the past 12 years. Every Saturday after Thanksgiving, they’d cram into a kitchen and start baking. By the end of the holiday season, they made thousands of cookies, all to be sent overseas to members of the U.S. military.

The mastermind behind the project was Santina Flynn. Her son, Justin, was in the Marines and she wanted to find a way to give the service members a little piece of home while they were away from home during the holiday season.

So, Flynn started “Cookies for the Troops LLC.” It’s not only an annual tradition, it’s a business that ends up sending care packages to thousands of troops each year.

More in The Uplift

The group’s fearless leader died this summer after a five-year battle with breast cancer. But she wanted them to continue the tradition, so about 25 friends decided to gather on the Saturday after Thanksgiving and bake in Flynn’s honor. 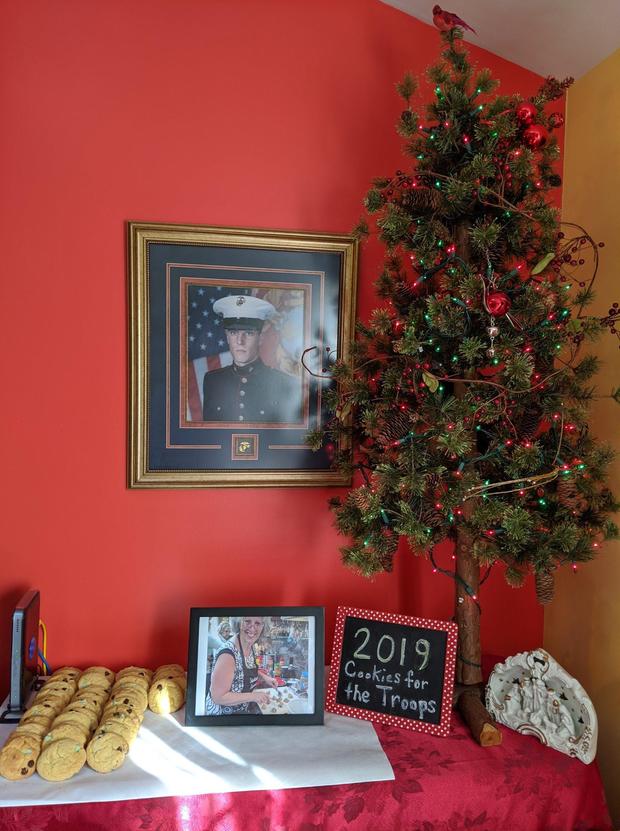 A photo of Flynn sat underneath her son’s. Even though their fearless leader is gone, the group of volunteers decided to get together and bake in her honor. Cookies for the Troops LLC

The group used 50 pounds of flour, 18 dozen eggs and 45 pounds of butter to bake thousands of cookies in more than 15 varieties, one of the bakers, Jaclyne Franciscone, told CBS News. Then, more volunteers showed up to help pack boxes, including Flynn’s husband and son.

The group made a whopping 3,694 cookies in just one day.

Each year, they form an assembly line to fill boxes with cookies, Santa hats, decorations, games and toiletries for troops serving overseas.

This year, to keep her there in spirit, they placed a photo of Flynn baking next to a plate of cookies. 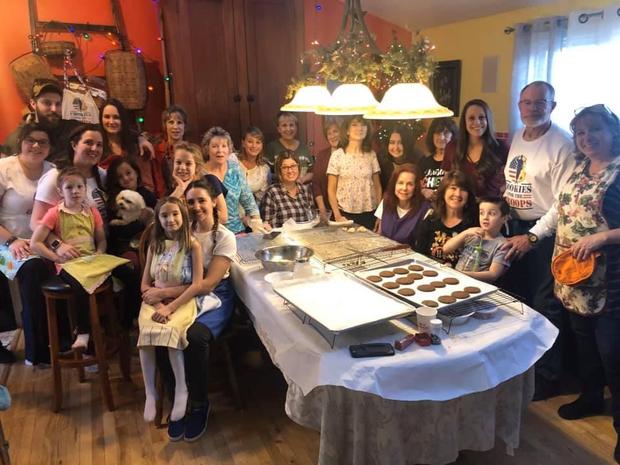 The group baked nearly 4,000 cookies in Flynn’s honor – and they did it all in just one day. Cookies for the Troops LLC