Oktibbeha County deputies make an arrest after a shooting

Terry Stuart is in custody and charges are pending.

Investigators tell WCBI that deputies were called to Sanders Road about a domestic incident about 7:30 Wednesday night.

No one was at the home but blood was found in a bedroom.

Lowndes County deputies later found the victim on Highway 82 and got him to the hospital.

The incident is still under investigation. 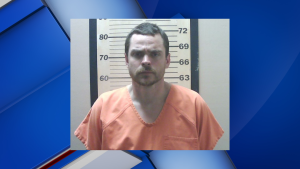