JACKSON, Miss. (WCBI) – The Mississippi Secretary of State’s race got its first candidate. 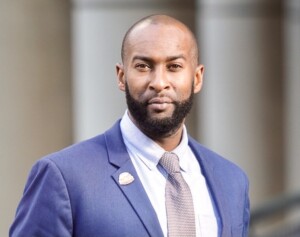 Shuwaski Young announced Tuesday that he will seek the Democratic nomination for that office.

Young, who worked in the Department of Homeland Security during the Obama Administration, is fresh off of an unsuccessful run for the U.S. House of Representatives.

He was Michael Guest’s Democratic challenger for the seat in Mississippi’s Third Congressional District in November.

Young has been critical of state Democratic leadership, and today said he would work with Republicans to continue economic growth in the state.

He also vowed to look into how leaders handled the multi-million dollar welfare scandal.

Young would like to see changes in early voting and online voter registration, but those would require action from the legislature.

Current Secretary of State Michael Watson has not announced if he will seek re-election.