The brother of U.S. Olympic gymnast Simone Biles is facing multiple murder charges in Cleveland, Ohio. Police say Tevin Biles-Thomas is under arrest for a shooting at a house party on New Year’s Eve that killed three people and wounded several others.

The fatal shooting happened just before midnight on December 31, after “an uninvited group” walked into a party at an Airbnb rental in Cleveland and “an altercation ensued,” according to a joint statement from the Cleveland Division of Police and the Cuyahoga County Prosecutor’s Office.

Delvante Johnson, 19, and Toshaun Banks, 21, were pronounced dead at the scene, and Devaughn Gibson, 23, died later at a hospital.

CBS Cleveland affiliate WOIO reports Biles-Thomas is being held at the Liberty County Jail in Hinesville, Georgia. According to CBS Atlanta affiliate WGCL, Biles-Thomas is on active duty in the U.S. Army, stationed at Fort Stewart in Georgia.

“The relentless persistence of Cleveland Police Homicide detectives helped secure an indictment in this case,” Cuyahoga County Prosecutor Michael O’Malley said in a statement. “It is through their hard work that we can begin to seek justice for these victims.”

Officials said Biles-Thomas is scheduled to be arraigned on Friday, September 13, at the Cuyahoga County Justice Center.

Biles-Thomas is the older brother of the 22-year-old Olympic champion. Both siblings were born in Columbus, Ohio, but grew up with different relatives, WOIO reports. Simone Biles, a four-time gold medalist, was adopted by her grandparents and raised in Houston, Texas.

She made history earlier this month at the U.S. Gymnastics Championships, becoming the first woman to land a triple-double during floor exercise competition. She also won a record-tying sixth all-around title at the championships. 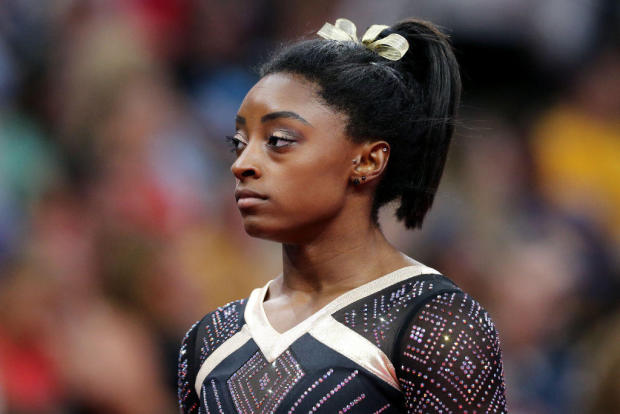