In lockdown due to the coronavirus pandemic? Closed museums offer art lovers virtual opportunities to explore works from among the world’s leading collections online. Here’s a look.

“View of Bozen with a Painter” (1837) by Jules Coignet. National Gallery of Art

With the National Gallery of Art in Washington, D.C., closed, visitors at home can take in the beauty of the outdoors with its stunning online exhibition, “True to Nature: Open-Air Painting in Europe 1780-1870,” featuring works by Coignet, Constable, Giroux and others; and the NGA’s exploration of Edgar Degas’ works depicting the Paris Opéra.

Images from the Smithsonian Museum of American Art‘s current exhibition, “Hearts of Our People: Native Women Artists,” can be viewed online, along with audio commentary of selected works and video interviews of artists.

Large-scale installations of sculptures and mixed-media pieces are featured with commentary on the website of the Dia Art Foundation, including works by Andy Warhol, Gerhard Richter and Louise Bourgeois.

On the MASS MoCA website, the immersive exhibit “James Turrell: Into the Light” may lose a bit on a laptop, but set it to full screen, and immerse yourself in its enveloping colored light. 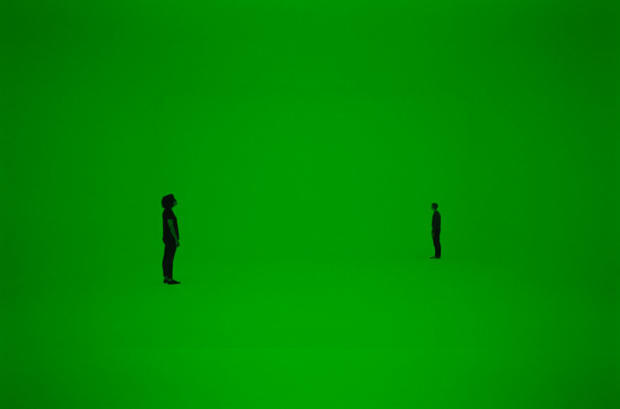 From “James Turrell: Into the Light.” MASS MoCA

The website of the Louvre Museum in Paris offers visitors a chance to stroll its galleries virtually, including its Egyptian antiquities.

The Guggenheim Museum in New York has released scores of PDFs of catalogues and art history books, from retrospectives of Klee, Rauschenberg, Kandinsky, Calder, Rothko and Miró, to treatises on surrealism, the structure of modern painting, and the art of the motorcycle, available for free on the Internet Archive.

The Museum of Modern Art has on its website images from every exhibition held at the museum since its founding in 1929.

The Rijks Studio features in-depth analysis of works in the collection of the Rijksmuseum in Amsterdam, including paintings by Rembrandt and Vermeer.

The Museum of Fine Arts, Boston has on its YouTube channel a series of lectures and panel discussions featuring curators, conservators, authors and critics, on such topics as the Dutch Golden Age, Impressionism, female artists, and Hollywood films produced during the Red Scare.

The Barnes Foundation in Philadelphia offers daily video art talks on major pieces in its collection.

Glass Masters at Work: Lino Tagliapietra by Corning Museum of Glass on YouTube

The YouTube channel of the Corning Museum of Glass, in Corning, New York, offers videos of glass-blowers creating beautiful works of art.

The Seattle Art Museum has launched “Stay Home With SAM,” sharing education lessons and storytime suggestions for children, as well as art-making activities.

The Portland Art Museum in Portland, Oregon, has several online exhibitions, including one featuring the evocative documentary-style images of photographer Victor Jorgensen (an acolyte of Edward Steichen’s), who served with the Naval Aviation Photographic Unit during World War II.

“Out of the Shadows: Contemporary Chinese Photography” is an online offering from the tantalizing exhibition at the Museum of Photographic Arts in San Diego.

One of the premier art collections in the world, the British Museum in London makes its historical and artistic artifacts — from the Rosetta Stone to the Elgin Marbles — accessible online. You can also trace a timeline of historical and cultural holdings and their place in mankind’s development through the millennia with their “Museum of the World” project (a partnership with Google Cultural Institute).

The Van Gogh Museum in Amsterdam is extending its education about the life and work of the Dutch painter online, including study lessons for students. Visitors can also read his biography and letters, and view hundreds of works by the artist and his contemporaries.

Google’s online gallery of the Musée d’Orsay offers a history of the Paris museum’s origins as a train station.

The Metropolitan Museum of Art in New York offers in-depth looks at its collected works, conservatorship and children’s programs. The museum also features “82nd & Fifth,” in which curators discuss a single work of art that, they say, changed the world.

And while this year’s Met Gala has been postponed, you can watch videos from the Costume Institute‘s past exhibitions, from “Heavenly Bodies: Fashion and the Catholic Imagination,” and “Manus x Machina: Fashion in an Age of Technology,” to “Alexander McQueen: Savage Beauty.”

“The Kimbell at Home” showcases the collection of the Kimbell Art Museum in Fort Worth, Texas, with virtual tours, audio commentaries, video lectures and children’s activities.

While you’re not able to physically stroll through galleries for the foreseeable future, many museum websites allow you to stroll through their databases; type in an artist’s name, and scores of images — some unfamiliar, some iconic — will come up. Or, wander virtually through their collections and discover remarkable treasures.

Among the collections to be explored are:

And as always, be sure to exit through the gift shop.

Four Mississippi State football kickoff times have been announced, including the Egg Bowl