Little Rock, Arkansas — It was during one of her brother’s air raids, that 6-year-old Vivian Lord was struck by the fact that her army men were all just that — men. “I noticed that there was no girl army men,” she said. “They don’t make them.”

So the little girl from Little Rock, Arkansas, wrote a letter that read in part, “Please can you make army men girls that look like women?”

“I’ve never gotten a letter from a child like that before, but every now and then somebody asks, ‘Do you have any female toy soldiers?'” he said.

The answer is no. Although, Jeff says it is on a list of potential future projects. He even showed Vivian some of his concept drawings.

“They were doing sketches, but they were busy making boy army men,” Vivian said.

She just can’t understand why this has to be so hard.

“I’m not a big company. It’s expensive to produce a new figure set. So I’ve got to do my due diligence and make sure it’s something people actually want,” Jeff said.

He said a lot of people really don’t want to see women in the vintage, plastic military. Part of the pushback over the years has been that there weren’t women in combat during World War II, so including them in a traditional set, brandishing anything other than a nurse’s bag, wouldn’t be historically accurate. 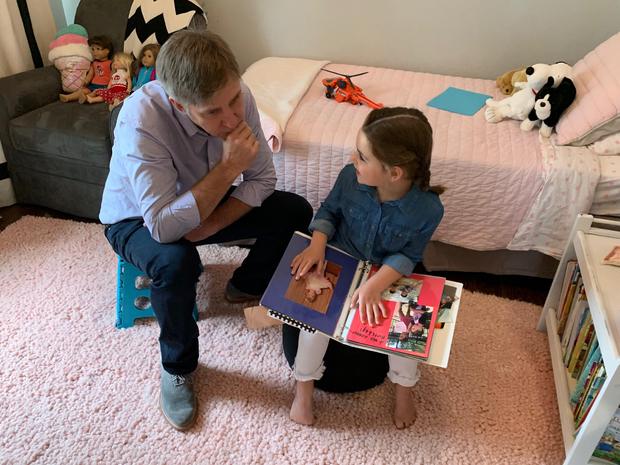 Of course, dinosaurs and Chewbacca never fought on the same battlefield either, yet no one seems to have an issue with that pretend play. So, why not empower young girls by including women soldiers in these sets?

“I’m going to do it,” Jeff said, admitting Vivian put him up to it. “She put it to the top of the list, easily.”

Shortly after receiving Vivian’s letter, Jeff commissioned the first prototype. He expects them to be ready by Christmas of 2020. “That makes me super happy. I will play with them every day,” Vivian said.

A decisive victory in the battle for equality.