A dog crashed wedding and helped solve his master’s murder

Correspondent Peter Van Sant and “48 Hours” investigate the murder of a Pennsylvania man shot dead after a bitter divorce, arsons at his mother’s home and his girlfriend’s home and countless threats of harm in “Maria Spencer’s Vow to Kill,”  airing Saturday, November 16, at 10/9c on CBS.

It was July 1, 2012, a warm Sunday at the Peter Allen House, an almost 300-year-old historic stone manor house nestled among the rolling hills outside of Harrisburg, Pennsylvania. Frank and Barbara Pinto, who own the property and run it as a wedding venue, were setting up for a ceremony later that day.

All was quiet as the deejay loaded in the sound system and the caterers polished glassware and set tables for the guests. That’s when Frank Pinto saw a glossy young Weimaraner in the field next to the wedding tent. “A beautiful dog just came sashaying in,” Frank Pinto remembers.

A year before his murder, Frank Spencer had adopted Mutley, a Weimaraner, for his kids.

The dog was friendly and looked well taken care of, Barbara Pinto remembers. “You could tell he was somebody’s dog.”

The dog was somebody’s dog. That somebody was Frank Spencer, who lived 72 miles northeast of the Peter Allen House, up the curve of the Susquehanna River. Spencer had adopted the dog the year before, for his kids. They named him Mutley.

Two days after Mutley crashed that wedding, Frank Spencer was found shot to death at his own front door. He had come home that morning to work on a dog run for Mutley. Police calculated that Spencer had been killed on the same day Mutley was found. They suspected his killer or killers had taken the dog as they fled the scene.

When Frank Spencer’s friends got the awful news, most suspected Maria Spencer, his ex-wife. Frank Spencer had been officially divorced for just three weeks and his friends knew Maria had been threatening him for years. She would sometimes use her father, Rocco Franklin, a rumored hit man for the mob, in her threats. 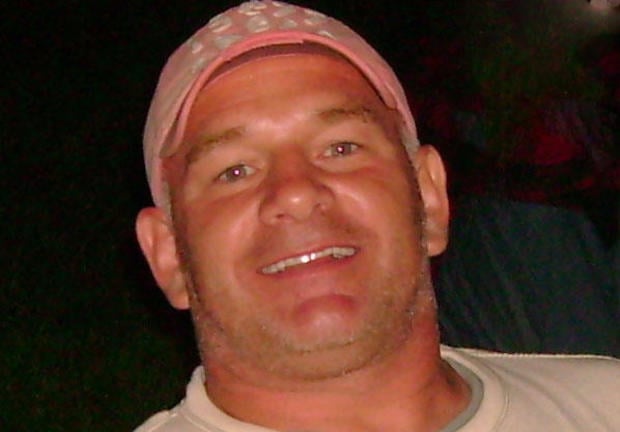 Police calculated that Frank Spencer had been killed on the same day his dog Mutley was found. They suspected the killer or killers had taken the dog as they fled the scene.  Ron Romig

When police arrived at the scene, they found a few important clues — including a cleaning glove in the middle of the kitchen floor with Maria Spencer’s DNA inside. Friends said Maria had not lived in that house in over a year. And, in the blood next to Frank Spencer’s body, police found a shoeprint that matched the size and brand of sneakers her father was known to wear.

These clues were important, but so was what police didn’t find at the scene: Mutley was missing and so was Frank Spencer’s truck.

The location of the truck appeared to lead police toward Maria Spencer. But what was Mutley doing at that wedding another 40 miles further down the road?

At the time, Maria’s father was living in Harrisburg, Pennsylvania — just 12 miles past that wedding venue. And when police checked Rocco Franklin’s cellphone records, their suspicions were confirmed: his phone had pinged right by the Pintos’ property on the day of the murder.

Police imagine Mutley might have run away from Franklin when he stopped on his drive home, perhaps lured by the scent of catered food. Mutley also helped prove Franklin had lied to police. He had told detectives that he never left home on the day of Frank Spencer’s murder. 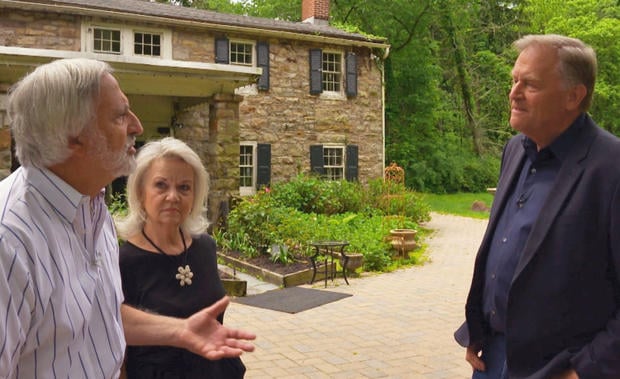 Frank and Barbara Pinto run a wedding venue in Dauphin, Pennsylvania — 72 miles from where Frank Spencer was killed. They told “48 Hours” correspondent Peter Van Sant that on the day of the murder, they were setting up for a wedding when their uninvited guest wandered in.   CBS News

After the wedding, Mutley went home with the bartender, and the Pintos never saw either one of them again. It was weeks later when a vet found Mutley’s microchip, and he was returned to Frank Spencer’s mother, where he lives to this day.

“We’ve had a lot of strange scenarios,” Frank Pinto said, reflecting on the way their lives had intersected with this tragic story. “We’ve had baby deer wander on the property during weddings. We’ve had other dogs that have been part of the bridal party. But this was completely unique … it was almost like it came out of heaven.”

Considering that Mutley’s appearance at that wedding had helped bring Frank Spencer’s killers to justice, most would probably agree.