Walton County, Georgia — In 1946, a white mob in Georgia murdered two black couples. No one was charged, but on Tuesday, an appeals court heard arguments on whether grand jury records in the case can be unsealed.

Infamy lingers 50 miles east of Atlanta, where a lonely country road leads to the Moore’s Ford Bridge. Civil rights activist Tyrone Brooks showed CBS News where the four victims are buried. They are George Dorsey, a World War II veteran, and his wife May, and Roger and Dorothy Malcolm.

Brooks said they were sharecroppers who were active in urging African Americans to vote in Georgia’s all-white primary of 1946.

From left, May and George Dorsey, Roger and Dorothy Malcolm.

Loy Harrison, a local farmer and klansman, drove both couples toward his farm across the bridge in July of 1946.

“The Klan had blocked the road. So they saw these klansmen. These klansmen were unmasked, they weren’t hiding their faces. They opened the doors, drug the women out and one of the women said, ‘Oh we know Mr. So-and-so.’ Oh, we got to kill all of them now,” Brooks said.

The all-white mob dragged the couples to a tree, tied them together, then the mob opened fire. There were sixty shots, point blank and no one has ever been held accountable.

Georgia’s governor at the time said “15 to 20 of the mob members are known by name.” But a grand jury indicted no one.

“They sealed the grand jury files,” Brooks said. “They were elected officials, they were law enforcement, they were developers. They were major farmers and everybody knew their names.” 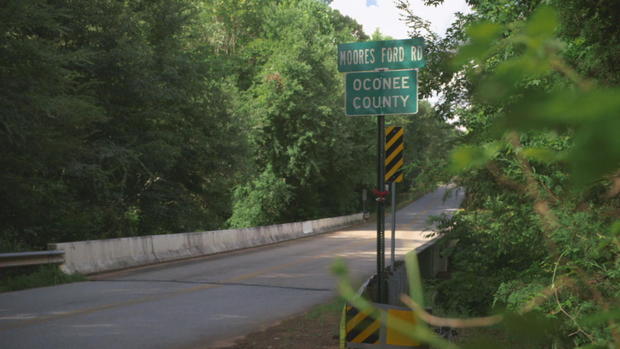 Attorney Joe Bell is fighting to open the records. “What is in those records that would complete the story of this assassination of four African Americans on that day?” he said.

“It’s very difficult. There’s always room for forgiveness. There’s room for reconciliation and healing. Help us get there,” he said.