Advocates in the Washington LGBTQ community on Thursday blasted a judge’s decision to set bail at $750,000 for a man charged with a hate crime in the death of a transgender teenager. Prosecutors had asked Clark County Judge David Gregerson to order no bail, or a minimum $6 million bail, for David Bogdanov, of Vancouver, but the judge said the lower amount was appropriate because Bogdanov has no prior criminal history.

Bogdanov, 25, was arrested December 17 and charged with second-degree murder in the death of 17-year-old Nikki Kuhnhausen.

Kuhnhausen disappeared June 6 and her remains were discovered in a remote area of Larch Mountain on December 7 by someone gathering bear grass.

Prosecutors recently added a hate crime charge because they believe Bogdanov strangled Kuhnhausen after learning she was transgender, The Columbian newspaper reported.

A Facebook page called “Justice for Nikki” encouraged supporters to show up at the bail hearing wearing pink to “send the message to the community, the justice system and the media that Nikki’s murder can not be brushed aside.” So many people attended the hearing that some had to watch the hearing from a second room through a closed-caption TV system.

The crowd rallied outside the courthouse to show support for Kuhnhausen’s family and to raise awareness of the dangers that face transgender youth. Federal data shows that crimes targeting victims because of their gender identity soared across the country in 2018. In 2019, the Human Rights Campaign recorded at least 26 transgender or gender non-conforming people slain.

Before the judge imposed bail, Senior Deputy Prosecutor Colin Hayes said the allegations show Bogdanov has a propensity for violence and poses a risk, particularly to the LGBTQ community, the paper reports. Kuhnhausen’s mother, Lisa Woods, also reportedly pleaded with the judge to keep Bogdanov locked up ahead of trial.

“I want to stress that the LGBTQ community is not safe with this monster on the streets,” Woods said.

Kuhnhausen’s family told the paper after the hearing they are disappointed and saddened by the judges’ decision.

“[Bogdanov] doesn’t deserve to be out on the street,” Michelle Bart, president and co-founder of the Vancouver-based National Women’s Coalition Against Violence & Exploitation, told the paper. “And the judge was wrong. The judge was wrong in this particular case.”

In court documents, Vancouver police say Kuhnhausen and Bogdanov met in downtown Vancouver on June 6 and he and his brothers invited her to a bar for a drink. Bogdanov told detectives he gave her his coat because she was cold and after one drink, he let her keep what was left in a bottle of vodka before she returned home.

Kuhnhuasen did go home but went out again to meet Bogdanov several hours later. At some point, court documents say, she told Bogdanov she was born a biological male. 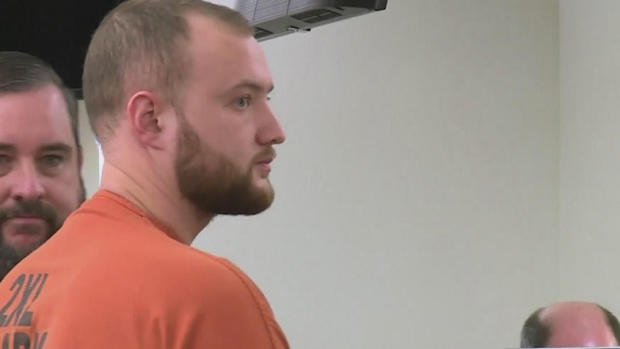 In an October 2 interview with police, Bogdanov said at that point he asked Kuhnhausen to get out of his van and he never saw her again.

He told detectives he was “shocked,” “uncomfortable,” and “really really disturbed” to learn that Kuhnhausen was transgender, according to the affidavit. Detectives wrote in court documents that they believe that is when Bogdanov killed the teen.

Cell phone records show Bogdanov was in the Larch Mountain area later in the day on June 6. A medical examiner ruled the teen’s cause of death was asphyxiation.

Friends on social media remembered  Kuhnhausen as “gorgeous” and “a beautiful soul,” according to the Human Rights Campaign. Hundreds of people also attended a December 20 vigil for the teen at Vancouver United Church of Christ in Hazel Dell.

“She didn’t deserve this — that hatred, the last thing she felt on this earth,” Woods, Kuhnhausen’s mother, reportedly said at the vigil. “Yes, she was murdered out of hatred because she was transgender.”