Americans feel good about economy and give Trump credit

Most Americans remain confident about the U.S. economy and in their own financial situation, and more now give President Trump’s policies credit for a strong economy than did so last year.

Seven in 10 Americans say the economy is in good shape, including a quarter who say it is very good. Nearly all Republicans and most Democrats and independents share this view. 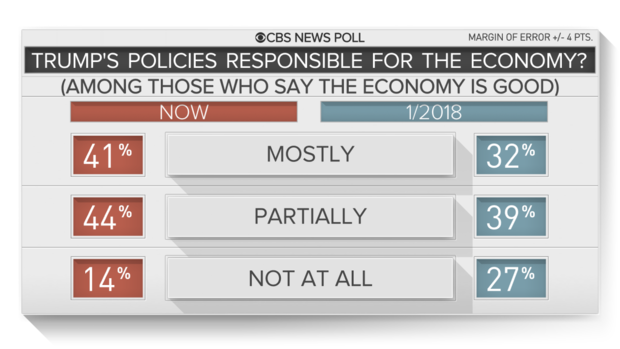 Forty-one percent of Americans approve of how Donald Trump is handling his job as president. That is closer to where his rating was last summer than it was in this poll more recently, in January. Approval ratings have remained within a fairly narrow range throughout his presidency so far. 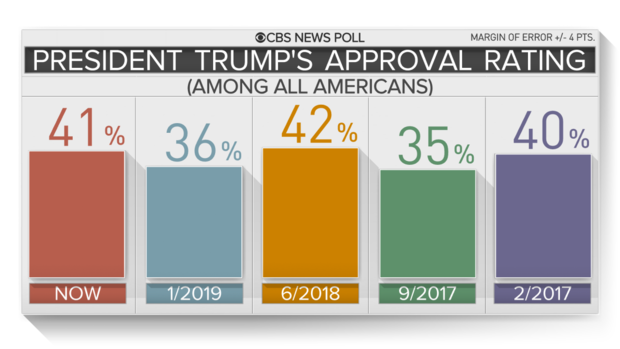 Across particular measures, the economy is the president’s strongest: 50% of Americans approve of how he’s handling the economy. In contrast, more Americans disapprove of his handling of immigration, foreign policy, and trade with other countries. 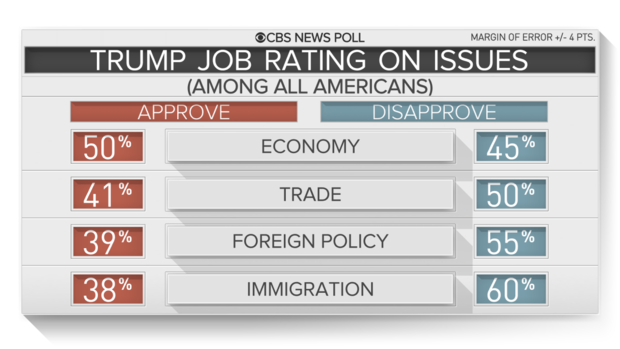 Amid congressional Democrats’ attempts to investigate the president’s finances, 40% of Americans think Mr. Trump has financially profited from his time in the presidency, more so than the 24% who think he has made financial sacrifices in order to serve as president. Another 33% don’t think his finances have changed much either way from his being president. But partisans see this differently. Republicans are more apt to feel he has made sacrifices and Democrats more prone to think he has gained financially.

Looking ahead, Americans are more positive about the market than they were a few months ago, despite recent fluctuations. Fifty-six percent now say they are optimistic about the stock market over the next twelve months, up from 49% in January.

There is partisan division about where the economy goes from here. Thirty-seven percent of Americans think the economy is getting better, including 71% of Republicans, but just 11% of Democrats agree. 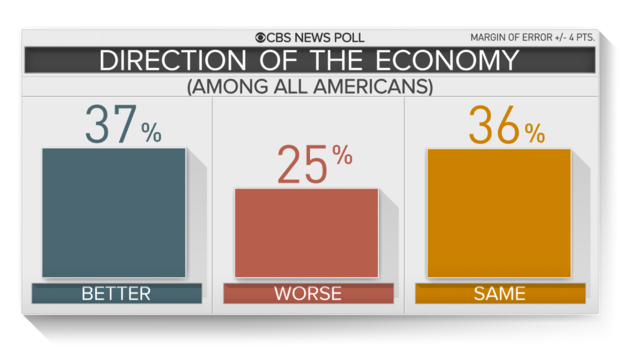 Looking at their own pocketbooks, most Americans are very or somewhat confident in their own financial situation, but their confidence is related to income. Those earning more express a lot more confidence than those earning less. 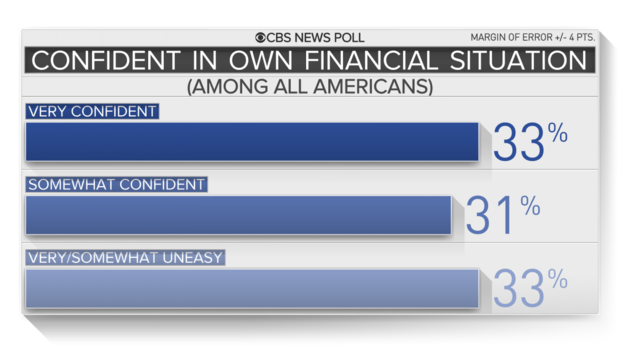 Despite the optimism, Americans are wary of a possible trade war with China and its potential impact on the economy. Few think the U.S. will emerge the clear cut winner in any such conflict. 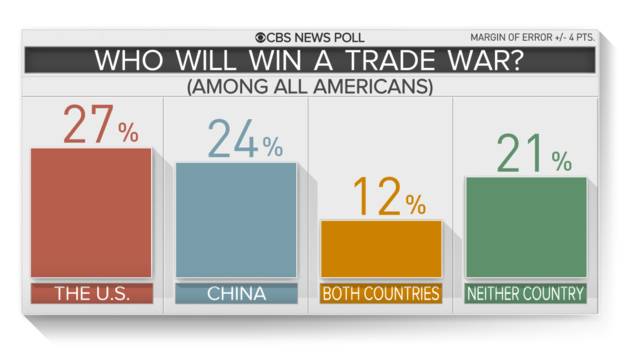 Few think the tariffs on Chinese imports will be good for the U.S. economy in the short term. More think they will make it worse. Republicans are more optimistic than Democrats. 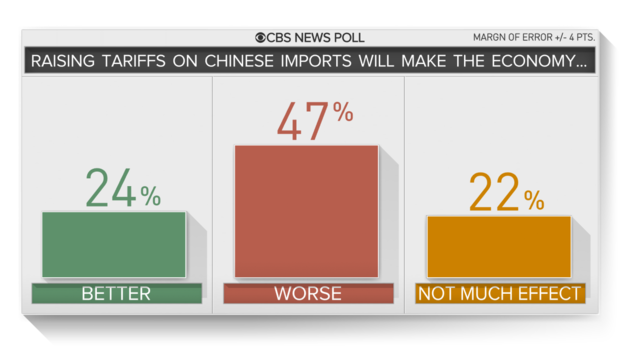 This poll was conducted by telephone May 17-20, 2019 among a random sample of 1,101 adults nationwide.  Data collection was conducted on behalf of CBS News by SSRS of Glen Mills, PA.  Phone numbers were dialed from samples of both standard land-line and cell phones.

The poll employed a random digit dial methodology. For the landline sample, a respondent was randomly selected from all adults in the household. For the cell sample, interviews were conducted with the person who answered the phone.

Interviews were conducted in English and Spanish using live interviewers. The data have been weighted to reflect U.S. Census figures on demographic variables.

The error due to sampling for results based on the entire sample could be plus or minus four percentage points. The error for subgroups may be higher and is available by request. The margin of error includes the effects of standard weighting procedures which enlarge sampling error slightly. This poll release conforms to the Standards of Disclosure of the National Council on Public Polls.