JACKSON, Miss. – Today Auditor Shad White announced Special Agents from his office have arrested former City of Philadelphia Court Clerk Karen Refre and former City Clerk of Okolona Rebecca Moore after both were indicted for embezzlement in separate cases. A demand letter worth $25,746.59 was issued to Refre at the time of her surrender, and a demand worth $17,295.57 was delivered to Moore before she was transported to prison. Each demand amount includes investigative costs and accrued interest.

Refre surrendered to Special Agents at the Neshoba County Law Enforcement Center. Her bail was set at $25,000 and was not immediately posted.

Moore is accused of using her position to illegally pay herself for over 400 hours of vacation time between 2016 and 2017. The alleged embezzlement was discovered when auditors from the CPA firm conducting the city’s annual audit noticed excessive payments made to Moore. Investigators determined nearly $8,000 was lost by the city as a result of the scheme.

Special Agents transported Moore to the Chickasaw County Regional Correctional Facility upon arrest. She was released after posting $10,000 bail.

Both women will face up to 10 years in prison and $25,000 in fines if convicted. All persons arrested by the Mississippi Office of the State Auditor are presumed innocent until proven guilty in a court of law.

A $50,000 surety bond covered the employment of each suspect. A surety bond is similar to insurance designed to protect taxpayers from embezzlement and corruption. Refre and Moore remain fully liable for the money missing from their respective communities in addition to criminal proceedings.

“These cases show how private CPA firms and observant city officials can work together with investigators in the state auditor’s office to make sure taxpayer money isn’t stolen,” said Auditor White. “Ms. Moore and Ms. Refre used their positions to benefit themselves, and taxpayers deserve better. I look forward to seeing justice done in each case.” 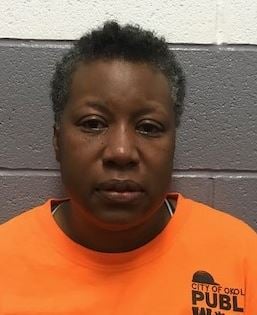