TUPELO, Miss. (WCBI)- Tupelo Police arrested a man for allegedly putting bullet holes in a van. A witness and video evidence helped investigators locate Rapheal Lashawn Atkins after police received a shots fired call at the Hilldale Apartments around 3:45 PM on May 19th.

Officers found shell casings, bullet fragments, and the van that was pierced with bullets. Atkins is charged with Felony Shooting into a Vehicle. His bond is set at $30 thousand. 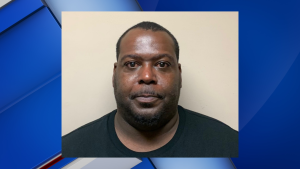