TONIGHT: Look for clouds to thin out and showers to end.  By morning, we’ll be mostly clear with patchy dense fog in areas.  Look for winds under 7 mph, trending calm by sunrise.  Lows fall in the middle 40s.

CHRISTMAS EVE DAY: We’ll anticipate a mostly sunny sky with patchy fog in the morning.  Any fog will mix out by 10 a.m. and bring a mostly sunny day ahead with highs climbing into the mid to upper 60s in the region.  Winds remain light out of the north between 2-7 mph.

CHRISTMAS EVE: Santa will have no problems getting through the area Christmas Eve.  Plan on being in bed by 9 P.M. to make sure he doesn’t skip over your house.  Look for a partly cloudy to mostly clear sky with lows down into the mid 40s again.  Some patchy fog is possible.

CHRISTMAS DAY: We remain dry but see clouds increasing.  By the evening, we’ll expect a mostly cloudy sky.  Look for highs in the mid to upper 60s again with lows at night in the upper 40s and low 50s.

THURSDAY – FRIDAY: Expect a mostly cloudy sky with temperatures in the upper 60s.  An isolated shower or light drizzle/mist is possible, but most remain dry.  Look for lows at night down into the middle 50s. 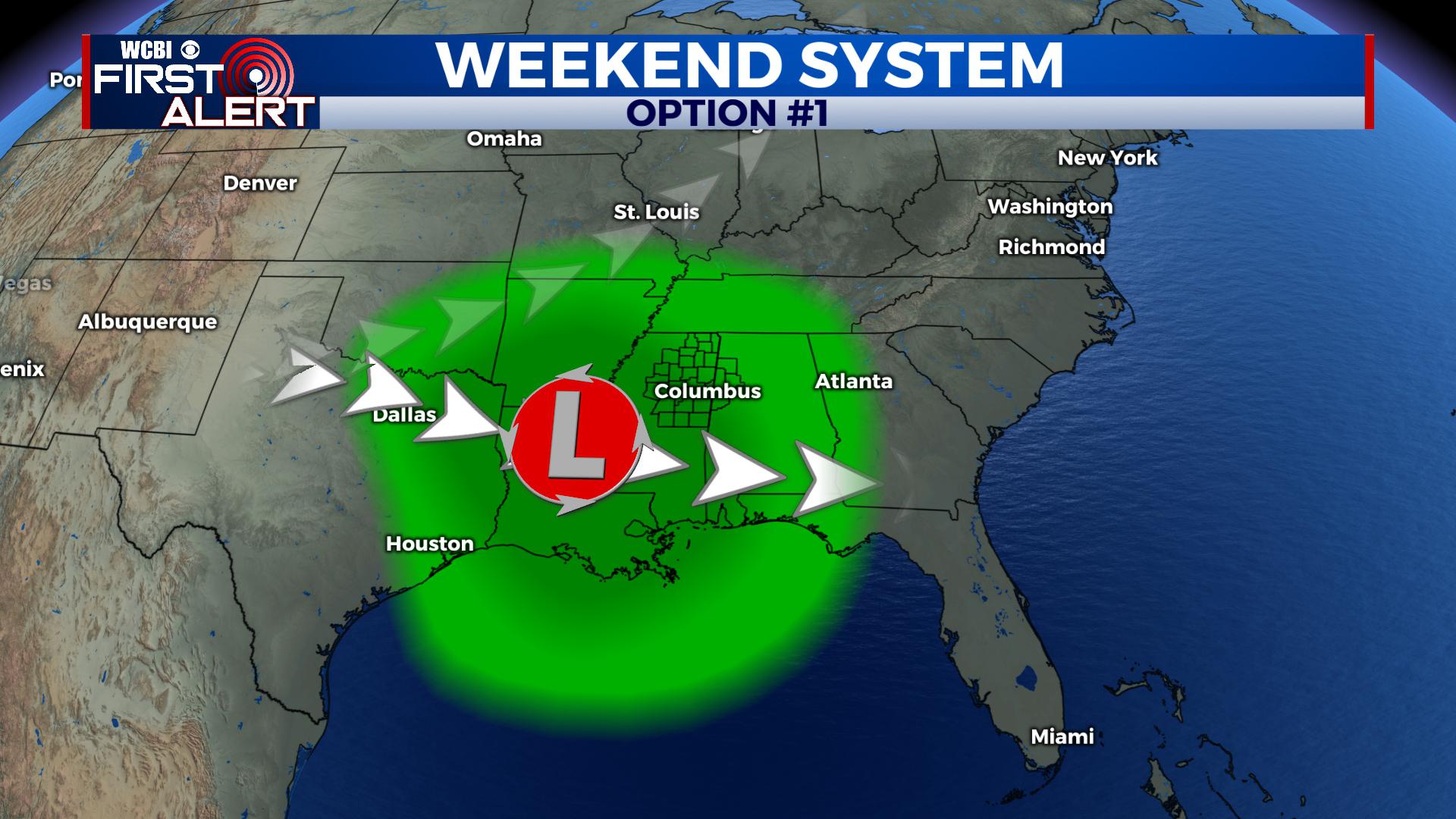 Option #1: A slower moving system would bring several days of rain showers, adding up to another couple of inches of rain into the region. 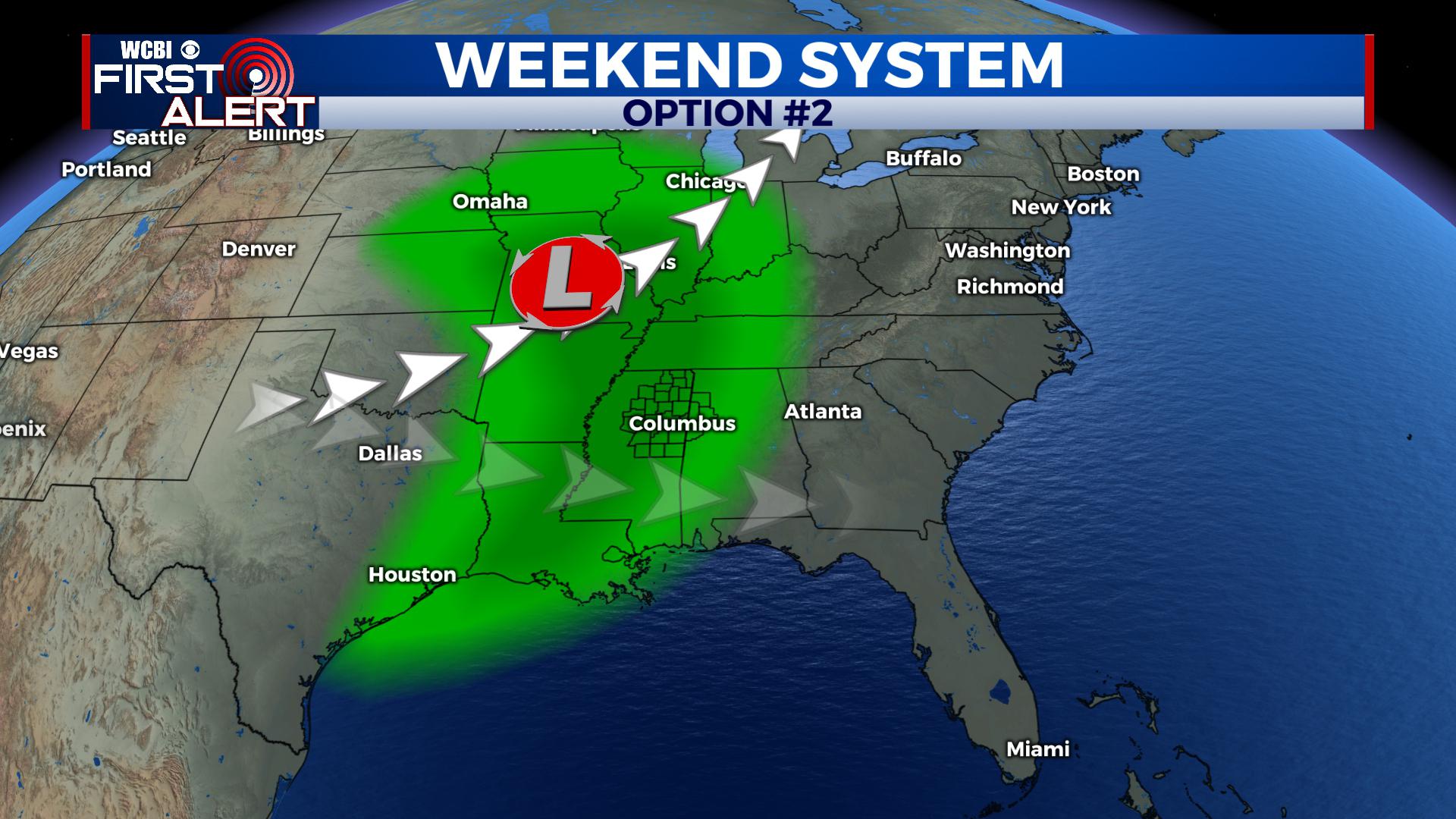 Option #2: A quicker moving northern track would bring a round of showers and thunderstorms.

THIS WEEKEND: Some uncertainty remains with how things plan out.  The track of an area of low pressure will be key.  A northern track of the low would bring a quicker round of rain and storms, with a strong storm or two not out of the question.  A more southern track would mean a slower progression and several days of drizzle/showers/rain.  We’ll monitor the trends, but for now look for at least the chance of rain showers in the area, perhaps lasting as late as Monday.  Highs ahead of the system would remain in the 60s with some cooler (but not cold) air on the back side of it to round out December.

Ever-shifting workforce makes way for the rise of entrepreneurs