Damage, road closure, and power outage reports from four counties in our area 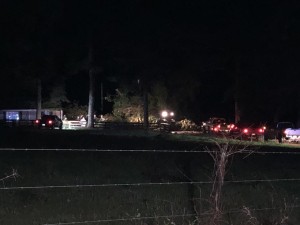 NORTH MISSISSIPPI, Miss. (WCBI)- Severe storms blew through parts of the viewing area Wednesday night. A lightning strike is being blamed for a fire at the First Assembly of God Church in Amory. The damage was more extensive in Winston County. A number of trees have been toppled in Noxapater and Nanih Waiya. Basically, from the Winston – Neshoba County line to Nanih Waiya there were trees down across Highways 15 and 397. First responders work to clear the debris and power lines out of the roadway. There has been damage to some homes in that area. There were also reports that some people were trapped but they escaped after a tree fell on their house. No injuries were reported in Winston County, as of late Wednesday night.

Noxubee County received its share of damage Wednesday.  Two storage buildings were thrown across Highway 45 in Brooksville. This happened right next to Dollar General in Brooksville. It took crews a while to clear the road from the debris. No injuries were reported. Noxubee County EMA Director Corey Brown tells WCBI trees were also reported down on Highway 14, along with Sanders Hill, Baldwyn, and Community Center Roads.

Entergy customers can receive an $80 refund