Etan Patz case: 40 years without a conclusion. Until now?

Murray Weiss is a “48 Hours” producer who has reported on the Etan Patz case since the day the boy vanished in 1979, while working at the New York Daily News, the New York Post and DNAInfo New York before joining CBS News. “48 Hours” investigates the case in the all-new episode, “The Lost Boy,” airing Saturday, June 8  at 9/8c on CBS.

It was May 2012, and the phone rang inside the NYPD’s Missing Persons Squad in Harlem. The caller had  been watching television and saw the police and the FBI digging up a basement on Prince St., looking for clues about a boy who had vanished from sight in 1979.

That boy was Etan Patz, a 6-year-old, who disappeared while walking alone for the first time to a school bus stop near his Manhattan home.

The tipster told Detective David Ramirez that he believed his brother-in-law, Pedro Hernandez, might  have been involved in the 33-year-old case, the most mysterious unsolved missing child case in New York City history. And one that literally changed the way parents looked after their children, and ultimately defied several generations of law enforcement from the NYPD, the FBI and prosecutors in the Manhattan District Attorney’s office.

Even though Hernandez had worked in a bodega near that bus stop when Etan disappeared, no one really held out hope that this tip — one of thousands of frustrating leads over the years — would change the course of history, including his parents, Stan and Julie Patz. After all, they had scored a civil court decision years before that officially had another man, Jose Ramos, a convicted pedophile, declared “responsible” for the disappearance, and death, of the their fresh-faced, blond-haired boy with that eternally winning smile.

“I had never heard the name Pedro Hernandez,” Detective Ramirez tells “48 Hours” correspondent Richard Schlesinger, in this weekend’s show, “The Lost Boy,” as he goes inside this emotional decades-long drama along with Ramirez and Missing Persons commander Lt. Christopher Zimmerman as they track down Hernandez, hoping to bring closure for the Patz family.

“We didn’t want to get tunnel vision,” Zimmerman said of trying to remain open to finding a suspect other than Ramos.

Yet, even after they picked up Hernandez, and he confessed in detail to choking Etan and then dumping his body in a box and leaving it on a pile of trash a couple of blocks from that grocery store, people continued to remain skeptical, including Stan and Julie. For them, it was the latest in a string of admissions and false leads that they had heard since 1979. 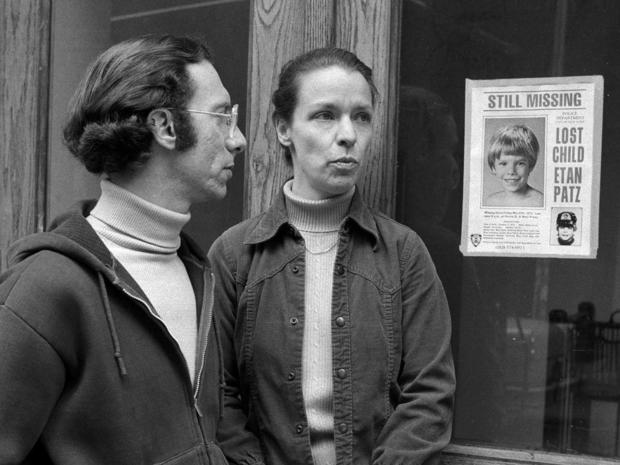 Not only had people come forward claiming to be their son’s killer, or provided what they said was critical information, several blond haired men at various times had shown up at their door, and announced that they were their long-lost son.

One man even called him, “Dad” when he opened the door, and announced, “I am Etan.” And another man was so insistent he was Etan that the NYPD had to take his DNA to prove that he was not the missing boy. Such was the pain the Patz family endured as one delusional young man, and others, somehow attached themselves to this infamous case.

Lt. Zimmerman tells Schlesinger how difficult it was to inform Stan and Julie Patz about Hernandez’s shocking confession, and how it understandably required time for them to begin to digest the stunning development, much less believe it.

In “The Lost Boy,” viewers will witness their searing, emotionally charged odyssey, as investigators seek to identify the killer of their son. Did they find the truth? Tune in Saturday night.