COLUMBUS, Miss. (WCBI) – Plans were drawn up for a way to help homelessness in Columbus but its future remains unclear. 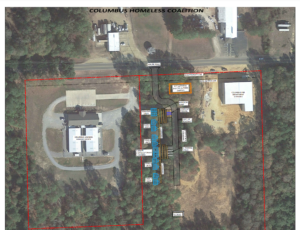 The Golden Triangle Homeless Coalition’s goal is to build several small residential spaces and a cooling or heating shelter.

Officials said the smaller living units would be located on Airline Road between the Columbus-Lowndes Humane Society and the Columbus Fire Department’s Station 4.

The city owns the land where this would be built if it comes to fruition.

Donations are being collected towards the project and enough has been collected to build six tiny homes at the two-acre village.

There is an intake and vetting process, along with a caretaker on site.

The Homeless Coalition said the goal is to have someone living there for six months and moving towards living independently away from the village.

No word on when the city council could consider the plan.