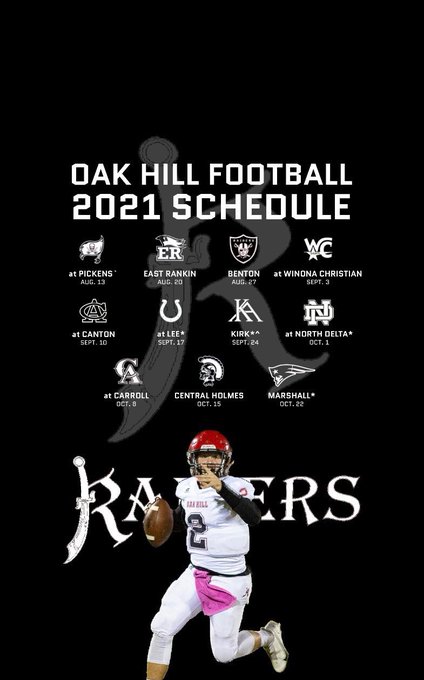 https://cdn.field59.com/WCBI/1627515486-fc3bc139cb06e2f37d101b839e7c33f8bb693ddc_fl9-720p.mp4 WEST POINT, Miss. (WCBI)- Oak Hill Academy is entering year two of head coach Bill Rosenthal’s tenure. He’s got new-look squad and while they lost some pieces, he’s expecting this year’s bunch to be much deeper. The Raiders have been putting in the work to improve on their 2-6 campaign in 2020 “I do feel like we’ve had senior leadership in the weight room,” Rosenthal said. “Moving from 3A to 4A will be a struggle but physically we’re better than we were last year.” Senior QB Cameron Dill missed four weeks in 2020 with a broken hand. He’s back and is working to take that next step. “I’ve worked a lot on my QB mechanics and I am hoping that it translates to wins,” Dill said. Rosenthal and his players are really excited to see how the offensive line looks. The Raiders are much bigger up front this year. “Last year we averaged 175 lbs and we will average 225 lbs this year on the offensive line. The size factor is a big deal,” Rosenthal said. “We’re gonna be young, they’re all tenth graders but they’ve worked and gotten stronger. They will have to play.” “Last year we were really small but we have a lot of athleticism and I think we will get it done,” right guard Conner Freeman said. The players have plenty of confidence in their head coach heading into his second season. “I think he’s ready. He’ll get it done. We’ve warmed up to him and trust him. We’ll do what he wants,” Freeman said. “He did a great job last year we just didn’t have a great team. We had people we just didn’t have size,” WR Joey Harrington said. Oak Hill Academy’s season begins August 20th at home against East Rankin.