“I think it's still winter”: Spring feels delayed throughout much of the country

CHICAGO — Cool air is blowing into the Northeast Saturday night. It will feel more like late March across much of the area. Some places may even get snow. Warm weather seems to be arriving at the speed of a glacier in the Northern states

This is what baseball delicately calls “inclement weather,” what the rest of us call a lousy spring.

“It’s numbing my face and my toes and my fingers,” said one fan at Wrigley.

Snowfalls and wind chills are now part of the big league lexicon along with runs, hits and errors. There’ve been a record 28 April MLB postponements from rain and snow so far.

Who wants to play in this?

No, it’s spring, even though fans are fit for polar expeditions. 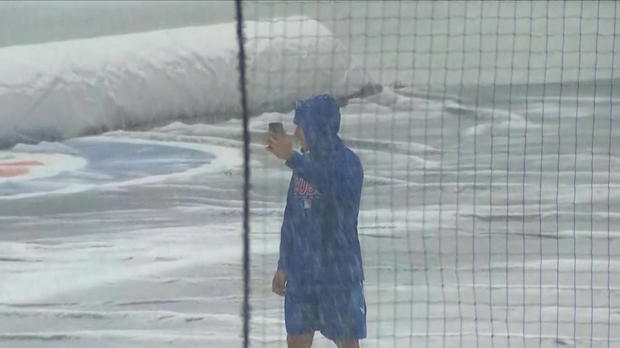 Minneapolis could have had a winter carnival for the last month.

If you have to lay blame, try the jetstream, which plummeted much lower and stayed longer than usual across the region. But the wintry grip may be loosening.

CBS News spoke to Jamie Enderlen of the National Weather Service alongside the facility’s still-standing snow fence. At least it was beautiful day now.

“It is,” Enderlen agreed. “There’s actually some sun.”

“It looks like for the next 7 days we don’t have any snow here in Chicago,” Enderlen laughed.

Warm weather would be welcome down on the farm. Corn planting hasn’t even begun yet in eight states where it was well underway a year ago. 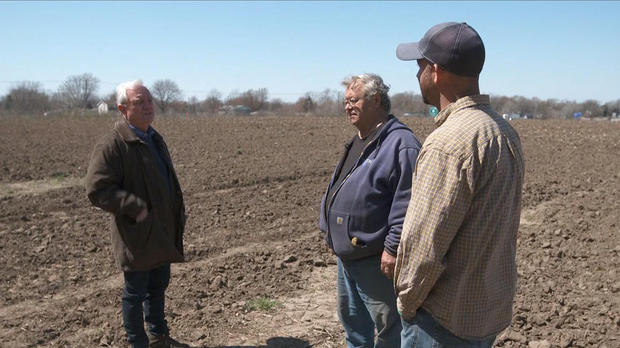 In Illinois, Bob Bleuer and his son Jeff are two weeks late getting to his frigid 1,800 acres.

The ground thermometer was stuck in the 30s last week — 20 degrees below what a seed needs.

“I raise tomatoes, peppers — anything you’d find in a farmer’s market,” Jeff said.

Over the years we’ve been with Bob and his family through droughts and floods, like the one five years ago. Now it’s the cold.

“We just got to deal with Mother Nature on a day-to-day basis,” Bob said.

The Cubs are set to play here Saturday afternoon and naturally it will be chilly with a chance of showers. But maybe — just maybe — spring has sprung. The calendar turns to May next week — and surely it won’t snow in May. Right?