He was sworn into office in October 2020. 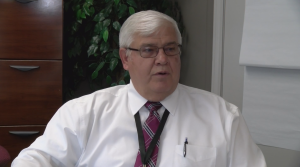 Wright won a special election for that seat.

Prior to being elected to the state House and serving as superintendent, Wright was a long-time Pickens Academy football coach. He won numerous state championships.

Wright passed away early this morning.

Services are incomplete at this time.

Governor Tate Reeves will have to call a special election to fill the seat.