It was around 7:45 a.m. that law enforcement teams began going house to house making arrests.

“They go up and surround the house so that no one can exit the house,” says Lowndes County Sheriff Eddie Hawkins. “Then make contact with whoever is inside the house and then find the suspect that we’re looking for.”

I’m out with the Lowndes Co. Sheriff’s Dept. and a joint task force that includes the @DEAHQ, Alcohol Beverage Control, MBN and @MS_MDOC serving 52 arrest warrants and taking suspects into custody this morning. pic.twitter.com/PMgP0IOhai

Operation “Spring Cleaning,” a joint effort led by the sheriff’s department and aided by Columbus Police, fanned out to serve 52 arrest warrants for felony charges throughout the county.

“We’ve got warrants for sale of methamphetamine, sale of cocaine, sale of heroin,” Sheriff Hawkins said. 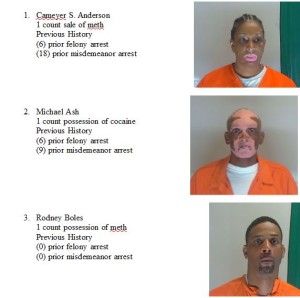 Sheriff Hawkins says the day’s round-up was the result of an 8-month-long investigation.

“Our agents went out and started developing informants and making buys from these suspects,” he says.

The sheriff says they assembled their list of suspects and obtained arrest and search warrants for each one. 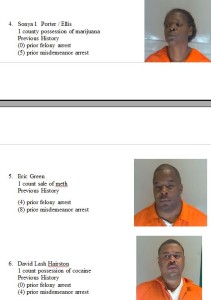 “We try to do our homework and find out where these bad guys are living or are at least where they’re staying,” he says. “So that when we go out to serve these warrants, we’ll know who we’re up against and what we’re up against.”

Arrests included those like Deborah Johnston, on four counts of selling meth. Sheriff Hawkins says she was out on bond for murder. 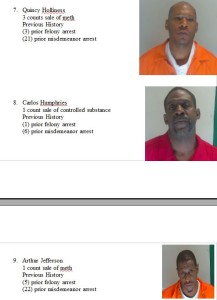 “A lot of these violators that are committing these crimes are career offenders,” he says. “They have been in jail before and now are either out on bond or on parole or probation.”

After being processed and booked into the Lowndes County Jail, suspects arrested in operation “Spring Cleaning” were scheduled to go in front of a justice court judge for an initial appearance and to have their bonds set. 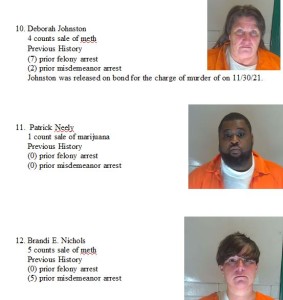 “Part of the problem that we see in our community is the drugs lead to violence, lead to property theft, people supporting their own habits, committing other crimes,” Sheriff Hawkins says. “So by eliminating some of the drug problem here in Lowndes County, it is also going to eliminate some of the other crimes that we see.”

Sheriff Hawkins says the goal for this round of arrests is to also get suspects who were out on bond to have bond withheld until they can go to trial. 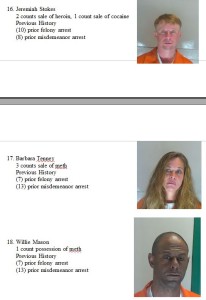 Clouds and Rain Through Thursday