Man charged for killing his mother in Tippah County 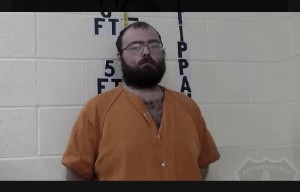 Robbins was with her son Taylor Wilbanks before going missing according to the Tippah County Sheriff’s Office.

The US Marshals arrest Wilbanks yesterday in Corinth.

Robbins’ body was found by investigators after Wilbanks’ arrest.

Poor reaction to THC edibles leads to an arrest in Starkville