Man wanted in Georgia remains in the Choctaw County jail

Joseph Rich was wanted for a parole violation in Camden County, Georgia. 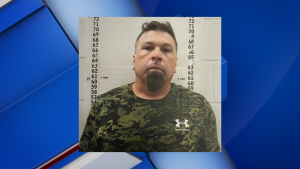 Once the house was surrounded, several people left the home but Rich refused to get out.

Busby says it took about an hour to take Rich into custody.

Rich does not face any charges in Choctaw County. He had been living in the county for several years and had not been in trouble.

He will soon be extradited to Georgia.