Mayors on recent mass shootings: “You lose trust in everything”

When gun violence erupts in America, the local mayor is often the first to comfort families and try to heal their community. So far this year, there have been more than 35,000 incidents of gun violence in America — 261 of which are considered mass shootings — blamed for more than 9,200 deaths.

CBS News national correspondent Adriana Diaz spoke to four mayors, one of whom had to respond to a massacre less than two weeks ago. Nan Whaley of Dayton, Ohio, Bobby Dyer of Virginia Beach, Virginia, and Christine Hunschofsky of Parkland, Florida have all had to help their cities heal after a mass shooting. Washington, D.C. mayor Muriel Bowser addresses gun violence on a continual basis. Together, they’re part of a growing bipartisan chorus of local politicians pushing Congress to take action on guns.

On the aftermath of a mass shooting

Whaley, who led her community through the recent mass shooting that left nine people dead, said Dayton is “in the process of grieving.”

“People are in different places right now. I’ve been really amazed by just the togetherness of the community and how cohesive it’s been,” she said. “And I think, you know, there’s still some shock out there.”

“Yeah, the first week, ‘shock’ is probably the best way to describe it,” Hunschofsky agreed. “When a mass shooting happens, and it happens in a place it’s ‘not supposed to happen,’ you lose trust in everything.”

On the “fraternity no one ever wanted to join”

“You have called this now a fraternity,” Diaz said. “What does that mean?”

“It means it’s a fraternity no one ever wanted to join,” Dyer said. “There is no playbook. There’s nothing that prepares a mayor for this type of incident.”

Whaley said “hundreds” of mayors have reached out to share their best practices. “That’s been very touching,” she said.

One of those hundreds is Mayor Bowser. The message, Bowser said, was that “we loved her, we’re with her. And I know how resilient the people of Dayton are. … But I also know that they want to see change.” 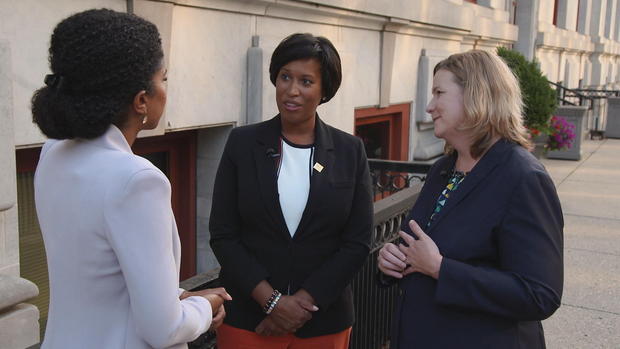 On urging Congress to take action

“Mayors quickly move around the issue of gun control because it affects our communities so directly,” Whaley said. “You saw, this past week, 254 mayors sign a letter to say ‘hey, Senate, get to work and pass background checks.'”

McConnell said recently that he will consider measures to reduce gun violence, including strict background checks, when the Senate returns in September.

In the shootings in Ohio, Florida, and Virginia, the gunmen passed background checks. But Whaley said she believes that background checks, tied to risk protection orders, “can make a difference.”

“This could just start with that one conversation, with, you know, the background checks, where they might be able to find consensus,” Dyer said. “But then, once you start the dialogue, then you can go into the heavier things.”

On an assault weapons ban

When asked if he’s seeking an assault weapons ban, Dyer said “right now, with the partisanship going on, I think we have to establish the base first before we have that — you know, before the conversation. Let’s start with the background checks.”

“But eventually, I do think, you know, the way to get rid of these shootings is to get rid of assault weapons,” Whaley said.  “And I just don’t understand why anybody would need the kind of gun that was on the Oregon District Saturday night that killed nine people in 32 seconds.”

When asked about the argument that there would still be mass casualty events in the country even without guns, Whaley countered, “you won’t see 250.”

On the politics of gun control: “It’s not partisan in the streets of Dayton”

Dyer, the only Republican on the panel, said that watching his community suffer through a shooting made him “more acutely aware” of the issue. “I honestly think, right now, the pro-gun people have good points  and bad points, and, you know, the same is true for the opposition,” he said. 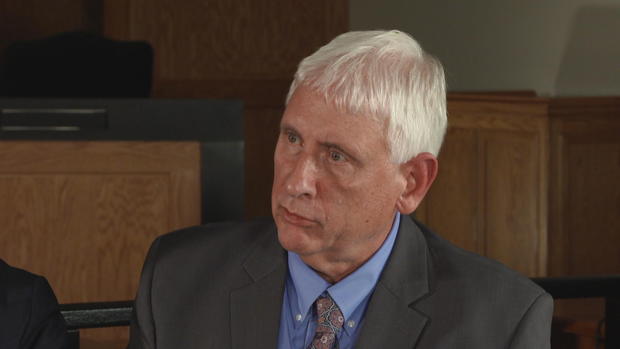 “Listen and learn from other people,” Dyer said. “Take the opportunity to figure out, you know, there may be better ways of doing things.” 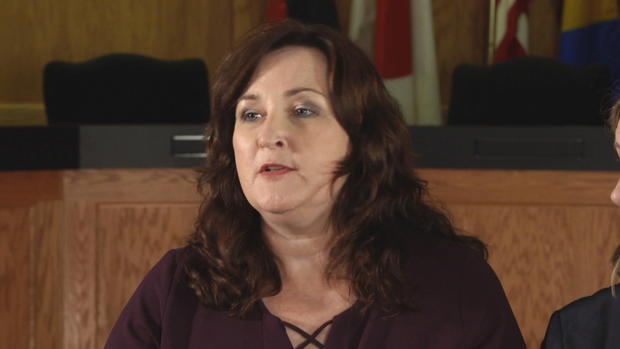 “What Mayor Whaley said is spot on,” Hunschofsky said. “In the business world… you don’t see a problem and you have two people in the company who say, ‘Well, I think this is the answer,’ and the other person calls them names and says, ‘No, I think this is the answer,’ and then they both just go away and don’t do anything. … That is not leadership. That is not representation. And I think that is what you hear often that the American people are just sick of.”

It’s an issue the mayors say affects all their cities, whether they’ve experienced mass shootings or urban gun violence. “They’re all connected to the prevalence of guns, and guns unchecked in our nation,” Bowser said. “We need to keep handguns out of the hands of people who have proven that they’re gonna do damage with those guns.”

“Do you think this is the moment?” Diaz asked.