LOWNDES COUNTY, Miss. (WCBI) – Lieutenant Governor Delbert Hosemann is asking Mississippi voters for four more years to continue the work he and the Legislature have started. 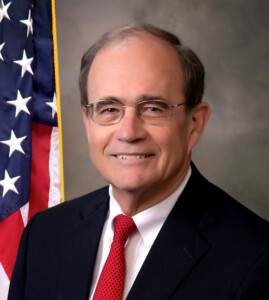 Hosemann stopped by the Communiversity as part of a statewide tour announcing his re-election bid.

The Lieutenant Governor is touting the state’s financial position as the primary achievement of the current state legislature.

As Lieutenant Governor, Hosemann presides over the Senate.

Last year, lawmakers dedicated $2.3 billion to infrastructure projects. He expects that much this year as well.

The state is also sitting on a surplus of cash. Hosemann would like to send some of that back to Mississippians in the form of tax rebates.

He would like to continue building on this new financial footing.

“We are in the strategic position to have the best four years we ever had in the future. We cut our budget the first year by 2%, and now we’ve been managing our money. Downsized government by 3,000 employees. We have over $2 billion in cash in the State Treasury; some of which I want to give back to the taxpayers. We’ve got $700 million in our Rainy Day Fund; the largest teacher pay raise ever. We are running government as a conservative Republican, and that’s what you need to do,” said Hosemann.

While some have been pushing for an elimination of the State Income Tax and lowering the Sales Tax on groceries, Hosemann thinks those issues may see more action in next year’s session.