Joshua Crump, 34, is charged with two counts of Possession of Firearms by a Convicted Felon, and Possession of Controlled Substance. 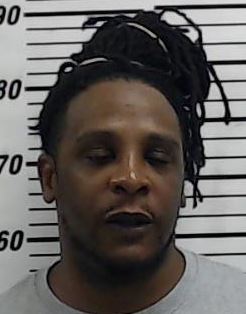 He was stopped by deputies yesterday and remains in the Monroe County jail.

Sheriff Cecil Cantrell says more than $700 was seized, along with two guns and the marijuana.

Investigators tell WCBI that Crump was pulled over and law enforcement found drugs.

Cantrell says the bust will make an impact in the community.

“Every ounce of drugs or whatever you take drugs out of your county, that keeps it out of the hands of children and innocent people. We are just glad that we can make this drug bust. If the man wants to sell drugs, he is going to have to pay the consequences here in our county,” says Sheriff Cecil Cantrell.