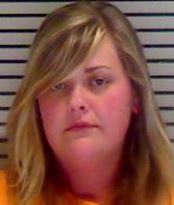 Shannan Brooke Thompson must also register as a sex offender, after reaching the plea bargain.

She was arrested in March 2015 after a family member reportedly found pictures on a cell phone.

At that time, investigators say Thompson and the victim met online and in person.