EUPORA, Miss. (WCBI) – Bond is set at $1 million for the man accused of firing several shots at Eupora High School.

Cole Breazeale, 21, is charged with one count of drive-by-shooting and one count of possession of a stolen firearm. 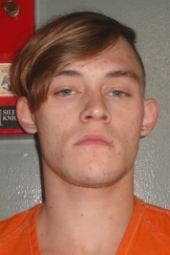 He made an initial appearance in Justice Court this morning.

The shooting happened Wednesday afternoon, near the band hall.

No one was hurt.

A large number of law enforcement responded to the Webster County town.

Investigators say Breazeale took off on a dirt bike after the shots were fired.