“No Exit!”: A “CBS Sunday Morning” primetime special devoted to our car culture

Don’t miss our primetime special, “No Exit!,” driven by our love of the automobile, from the perils of commuting and gridlock, to future technologies behind the wheel. AIRS FRIDAY, MAY 17, AT 9 P.M. ET/PT, 8 P.M. CT, ON CBS.

Thank you to the Riverfields Estate in Rumson, New Jersey, which hosted taping for our “No Exit!” special.

Thank you also to:

The Virgin Hyperloop One system would hurtle commuters in a pod through a nearly friction-free vacuum tube using magnetic levitation. CBS News

TECHNOLOGY: Gridlock – Seeking 21st century solutions to an age-old problem
As Americans spend an estimated 97 hours a year stuck in traffic, costing tens of billions in lost productivity, answers to our traffic nightmares are being explored, both high-tech and old-school, from a Hyperloop magnetic transportation system reaching speeds of hundreds of miles per hour, to gondola rides above congested city streets. Lee Cowan reports. 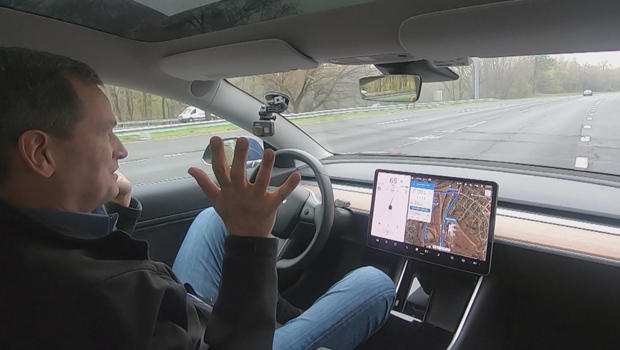 TECHNOLOGY: Self-driving cars
A few years ago there were many headlines about self-driving cars – cars that would never get drowsy, never get impaired by alcohol, and never be distracted by cell phones. Well, the future of self-driving vehicles is closer than you think, as David Pogue finds out when he surveys a landscape in which the drivers are not people. 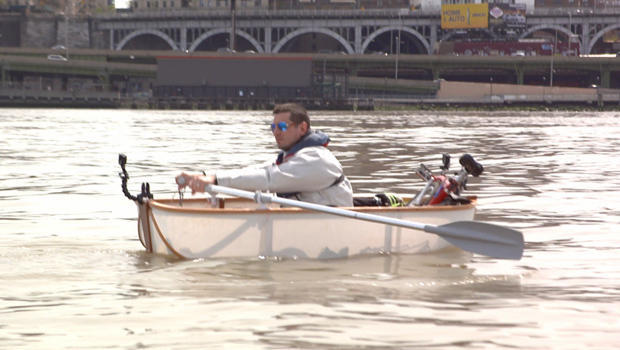 Tommy Katz’s 12-mile commute from his home in New Jersey to the Manhattan offices of Google is accomplished by a foldable bicycle and then, once he hits the Hudson River, a foldable boat. CBS News

WORK: Crazy commutes
Traffic engineer Sam Schwartz, who’s credited with the dubious honor of coining the term “gridlock,” believes the current traffic situation has never been this bad. So, is it any surprise that some commuters have turned to more imaginative methods of transportation to work, like a unicycle, or a self-built, foldable boat? Susan Spencer reports. 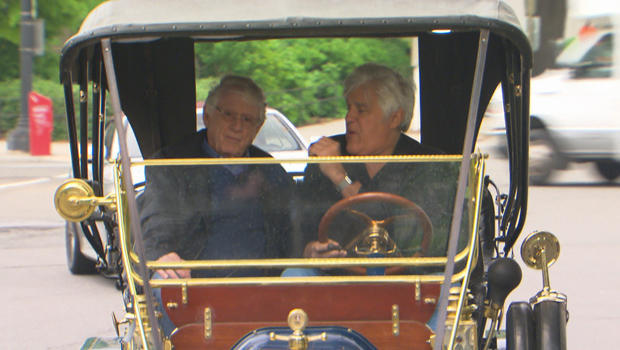 DRIVER’S SEAT: Jay Leno
Traffic during rush hour in Washington, D.C., is among the worst in the nation – so lethargic that even a venerable Model T Ford, driven by comedian and car aficionado Jay Leno, would have to slow down to keep up. Special correspondent Ted Koppel joins Leno as he slowly makes his way through the nation’s capital, while offering a discourse on America’s transportation history. 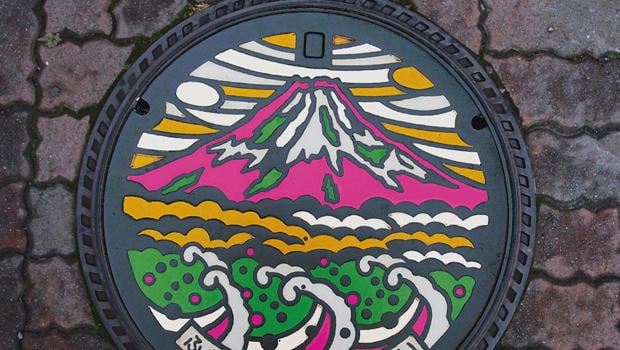 The volcanic dome of Mount Fuji is memorialized in this manhole cover on the streets of the city of Fuji, Japan.  CBS News

POSTCARD FROM JAPAN: Manhole art
On the streets of Japan, you may find remarkable artwork right under your feet. The Japanese have turned black metal manhole covers into well-rounded works of design. Nearly every city and town now has its very own manhole covers, usually based on a local claim to fame, drawing fans (called “manholers”) in search of photos or copies of these unique pieces of public art. Ben Tracy reports. 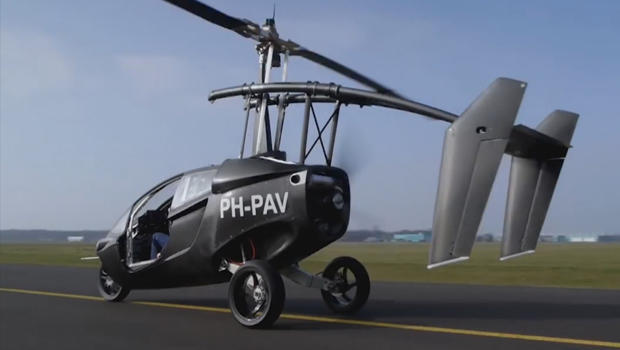 The Dutch-made PAL-V, a mash-up of automobile and gyrocopter, made a splashy debut at the Geneva Auto Show. CBS News

TECHNOLOGY: Flying cars
After decades of promises, flying cars are finally becoming real. Richard Schlesinger looks at what may soon be taking off on the highway, which look more like helicopters than what “The Jetsons” promised. 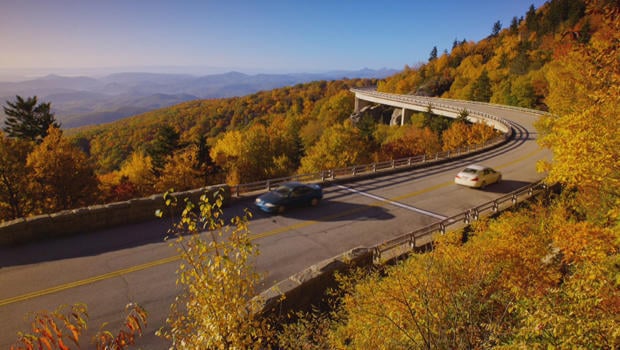 A view from the Linn Cove Viaduct along the Blue Ridge Parkway in North Carolina, a  national scenic byway. CBS News

TRAVEL: Scenic drives
It’s easy to get caught up in getting to where you want to go, while missing all the beauty and intrigue you pass along the journey. Conor Knighton explores America’s national scenic byways.

MUSIC: Drive-time radio
From pop hits to preachers, and pretty much everything in-between, the car radio has been part of our lives for almost 100 years. Nancy Giles talks with a familiar radio voice, “Cousin Brucie,” and historian Donna Halper about the evolution of entertainment on the road.

COMMENTARY: Jim Gaffigan on traffic
The comedian will do anything to avoid coping with traffic, especially commuting (which is just a gentle renaming of traffic).

Full episodes of “Sunday Morning” are available to watch on CBSNews.com, CBS.com and CBS All Access, including via Apple TV, Android TV, Roku, Chromecast, Amazon FireTV/FireTV stick and Xbox.