Although Caleb Rodgers has cerebral palsy, that doesn't stop him from proclaiming a message of hope

TUPELO, Miss. (WCBI) – A Tupelo child is not letting a physical limitation stop him from proclaiming an important message.

For nine-year-old Caleb Rodgers, a typical day may include physical therapy, doing homeschool work,  or one of his favorite activities, sitting with his Dad, singing hymns.

Caleb has cerebral palsy, and though he may be nonverbal, Caleb is able to communicate by spelling out words and sentences on a card, with letters and numbers.  It started after he learned to read.

“The first time we started using it we started with simple things, like ‘ Do you want blue or do you want red?’ as I worked with his motor movements, learning his motions as he would point to different things,” said Caleb’s mother, Jennie.

Caleb had a request for his parents soon after he mastered the communication method.

“He accepted the Lord, told his Dad, Daddy I’m ready to be baptized.  Our pastor said he was the youngest person he had baptized,” Jennie said.

Caleb started sharing his Christian faith online, through a Facebook page, and at in-person events, where he was the guest speaker.

“He was able to go to recovery places and he would deliver a message so we were able to sit there and they weren’t waiting all day for him to get a sentence out, in ten minutes he had preached a whole sermon to those men,” she said.

And that is how he became known as “Pastor Caleb.”  When he turned six, he told his parents he wanted to have a backyard revival.

“He wanted all those men he had spoken to, needed them to be here, wanted the community to be here,” Jennie said.

Pastor Caleb, with his parent’s help, started a nonprofit called “Just Jesus.”  The ministry gives bibles away and provides books that Caleb has written.  He has had a backyard revival each year, but for his tenth birthday, he wanted a community-wide revival.  It will be held at Ballard Park on October 23rd.

It will feature a message from Pastor Caleb, and other ministers, along with prayer and worship.

As our interview wrapped up, I asked Pastor Caleb if he wanted to share something from his heart.

“Soon, the things of this world won’t matter,  Jesus, that’s all that will matter,” Caleb said.

The revival at Ballard Park is October 23rd, and other nonprofits are invited to set up displays during the event.  For more information, call Caleb’s mother, Jennie at 662 255 6837. 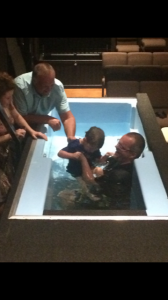 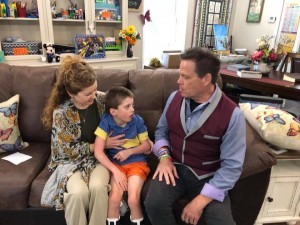 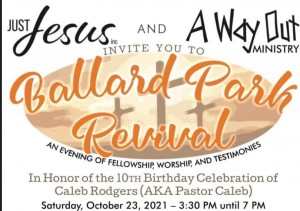 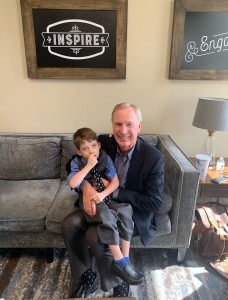