Police Officer Thomas Tomasic said authorities believe the shooting around 1:30 a.m. Sunday at Tequila KC Bar stemmed from an earlier altercation. He said the two gunmen had apparently gotten into a dispute with some people inside the bar, left, then returned with handguns. Kansas City Police believe the two suspects entered through the back of the bar and started shooting, which witnesses have corroborated. There were 40 people inside the bar at the time of the attack.

No one has been arrested and authorities believe this was an isolated incident. The federal Bureau of Alcohol, Tobacco, Firearms and Explosives said it was on the scene to investigate.

Late Sunday, police released images of the suspected gunmen in hopes the public could provide information.

All four men who were killed were Hispanic, but Tomasic said authorities do not believe the shooting was racially motivated. The shooting happened in a largely Hispanic neighborhood. The four victims who died were all local adults. One was in his late 50s, one was in his mid-30s, and two were in their mid-20s.

The five others who were wounded and found outside with gunshot injuries were transported to area hospitals and have been reported to be in stable condition, with some already released.

Police did not release any additional information about the victims. 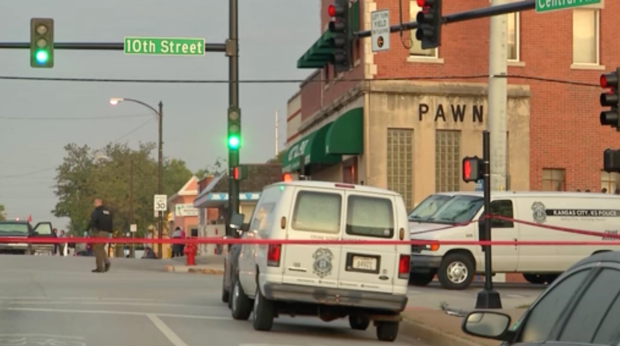 Police investigate the scene of a deadly early-morning shooting at a bar in Kansas City, Kansas, on Sunday, October 6, 2019. KCTV

Tomasic cautioned that police are still investigating exactly what happened. He said they were reviewing surveillance video and interviewing witnesses while looking for the gunmen. The club is a members-only club, which means the club would have a log who could come in and out during the evening.

Juan Ramirez, of Kansas City, Kansas, told The Kansas City Star that his 29-year-old nephew was among those killed. He said his nephew left behind a 6-year-old son and a 4-year-old daughter.

“I don’t wish this upon anybody,” Ramirez said.

Anyone with information is encouraged to call the Kansas City Police Department hotline at (816) 474-TIPS (8477).

W students contribute to Where Women Made History