Search for stolen guns and other items continues in Columbus

COLUMBUS, Miss. (WCBI) – The search for stolen guns from the Columbus Police Department, as another arrest, is made.

18-year-old Javarion Davis is charged with felony taking of a motor vehicle and auto burglary. 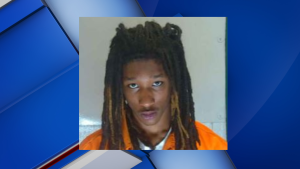 He remains in the Lowndes County jail.

Five juveniles have now been arrested in the investigation. Their names cannot be released because of their age.

Police Chief Fred Shelton says four guns have been recovered, so far. None of those belong to CPD.

Two bullet proof vests, half a case of ammo, and other items have also been found.

This means an AR-15 and a handgun are still on the streets.

Shelton believes Davis and possibly other suspects stole a truck in a Columbus southside neighborhood and then went around looking for unlocked vehicles in the city.

Investigators are still trying to determine how many vehicles were burglarized, in addition to the police cruiser.

The police chief encourages everyone to lock their vehicle and put away valuable items.

If you have any information on the break-ins call Golden Triangle Crime Stoppers or use the P3 Tips App.

Edwards and Richardson plead not guilty in federal court in Oxford