Shaquem Griffin, linebacker with one hand, serves as inspiration for young people

NEW YORK — When we first met Shaquem Griffin, 22, a few weeks ago — the feel-good story of the NFL draft — he was just hoping to get picked.

“The first thing I will do if I get drafted is cry,” Griffin said days before his dreams came true.

But the story of a linebacker whose birth defect left him without a left hand only got better when, not only was he drafted, but landed with the Seattle Seahawks – the same team his twin brother Shaquill plays for.

“I think I’m in the best spot now,” Griffin said.

And “feel-good” became something else entirely to younger fans across the country.

“I loved watching you play football in college and I can’t wait to watch you in the NFL,” Linton said.

Linton could double as president of the Shaquem Griffin Fan Club. 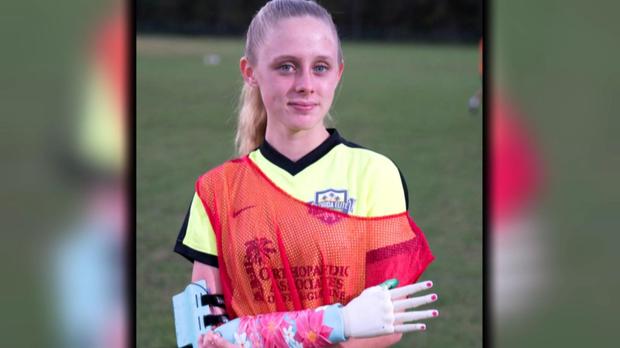 Annika Emmert is always inspired. She’s a soccer player in St. Augustine, Florida. Both girls were born with the same condition — amniotic band syndrome — as Shaquem.

“I love him,” Emmert said. “He’s just really amazing and he’s pushed so hard to be where he is now that it inspires me to never, ever stop no matter how many times I’m told to.”

And both now share something else: a new favorite football player. 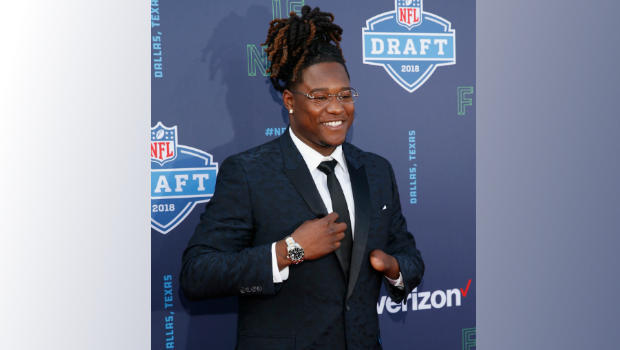 Shaquem Griffin of UCF poses on the red carpet prior to the start of the 2018 NFL Draft at AT&T Stadium on April 26, 2018, in Arlington, Texas.