Stepdad of missing 4-year-old in custody

The stepfather of 4-year-old Maleah Davis is in custody for alleged evidence tampering, Houston police said. The Harris County jail website said Derion Vence was being held on charges of tampering with a human corpse, although police have not said if Maleah’s body has been found.

In a statement, Houston police said blood evidence in Vence’s apartment has been linked to Maleah and Vence was seen carrying a laundry basket out of the apartment.

Vence’s car was found in neighboring Missouri City on Thursday, and police said the laundry basket was found in the trunk along with a gas can.

Police said Vence told investigators that he was driving the car to the airport to pick up Maleah’s mother, Brittany Bowens, Friday night when he pulled over to check if it had a flat tire. Vence said men in a pickup truck pulled up, knocked him out and abducted him, Maleah and his 2-year-old son before eventually allowing him and the boy to go free, according to Houston police.

Although Vence reported his Altima was taken in an abduction, CBS Houston affiliate KHOU-TV reported police said surveillance video showed someone in that Nissan Altima dropped Vence off at the Methodist Sugar Land Hospital on May 5.

Vence initially reported his stepdaughter missing after he showed up Saturday at a hospital in Sugar Land, which is next to Missouri City. He told police he had been in and out of consciousness over the previous 24 hours and had walked there after coming to on a highway that runs through the region. However, a Sugar Land police spokesman said Vence’s “story changed several times.”

Child Protective Services has been monitoring the home where Maleah lived with Vence, her mother and her siblings for months, according to spokeswoman Tiffani Butler. During an emergency hearing Wednesday, Maleah’s two brothers, 1 and 5, were placed in the custody of family and Vence and Bowens were ordered to have no contact with them, KHOU-TV reported. 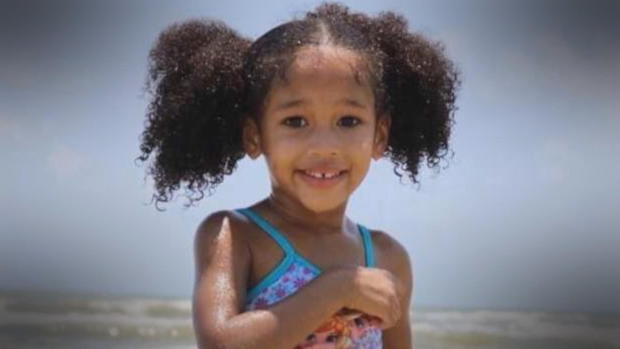