NORRIDGEWOCK, Maine — A man accused of killing a sheriff’s deputy was held in the state’s maximum-security prison Sunday pending his initial court appearance. John Williams was transferred to the Maine State Prison in Warren after his arrest Saturday, the fourth day of a massive manhunt in the central part of the state.

Williams, who’s expected in court Monday or Tuesday, is accused of killing Somerset County Cpl. Eugene Cole, 61, early Wednesday after the two had an encounter on a darkened road in Norridgewock.

Helicopters, tactical vehicles and rifle-toting law enforcement officers poured into the region, putting residents on edge, but that gave way to relief when Williams was taken into custody outside a remote cabin.

Shirtless and shoeless when captured, Williams, 29, appeared to be exhausted when he was led out of the woods.

Cole’s brother, Tom Cole, said that people were honking their car horns as they drove by his house on Saturday.

“The whole town was celebrating with me,” he told WMTW-TV.

During the manhunt, area residents were discouraged from holding any sort of public memorial because law enforcement didn’t want any mass gatherings.

Tom Cole said the grieving for his brother can start now that Williams is in custody. Eugene Cole’s funeral will be May 7 at the Cross Insurance Center in Bangor. 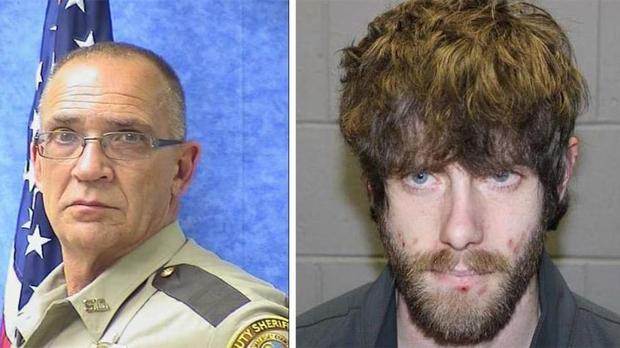 Williams couldn’t be reached for comment while in custody, and it was unknown if he had a lawyer who could comment for him. A lawyer likely will be appointed for him at his initial court appearance.

The station writes that the suspect was caught minutes after a press briefing with Cole’s widow who pleaded for the suspect to give himself up.

Meanwhile, a memorial has been growing in Cole’s honor, WGME-TV reports. 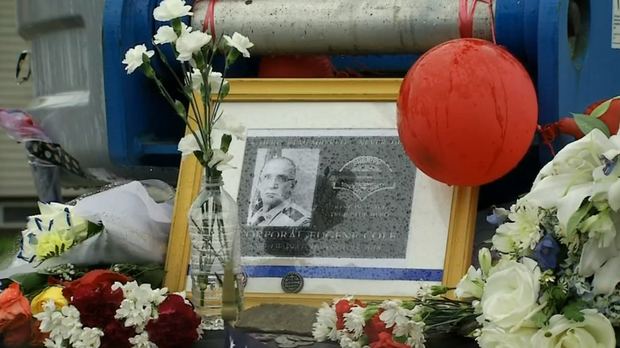 The station writes that it includes flowers, balloons and messages — a sign of how the community is grieving one of its officers of 13 years.

“Something like this, we come together. That’s the only thing we know how to do,” one resident told WGME-TV. “We’ll heal together and, hopefully, we can move on and nothing like this happens again.