OXFORD, Miss. (WCBI)- Two teenagers are in jail after an alleged drag race Sunday morning leads to a crash that critically injured a woman in Oxford and killed her unborn child. 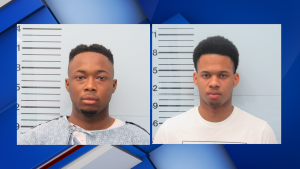 The driver of that van, a pregnant woman, was trapped inside her vehicle and had to be removed by Oxford Firefighters before being sent to Baptist Hospital.

Her child was pronounced dead at the hospital. She was later flown to Regional One Medical Center in Memphis and she is in critical condition.

Lamar was treated at Baptist Hospital for moderate injuries.

Investigators say Lamar and 19-year-old Tyler Hammond, both of Como, were drag racing on West Jackson Avenue Sunday morning leading to the crash.

Lamar is charged with homicide of an unborn child while in the commission of a misdemeanor and drag racing.

Hammond is charged with Felony Fleeing and Drag Racing.

The investigation is still open and more charges are possible.