The debate over Pacific Northwest forests: Clear-cut or protect?

In our series “Eye on Earth,” “CBS This Morning: Saturday” co-host Jeff Glor looks at the debate over what to do with America’s ancient forests. Who should be in charge of the future — industry, or environmentalists?

Twenty-five years ago, the Northwest Forest Plan was put in place. It protected more than 24 million acres of old-growth forest in northern California, Oregon and Washington.

On the 25th anniversary of the law, the debate over what to do with America’s ancient forests has come under new scrutiny. Who should be in charge of the future: industry or environmentalists?

Perhaps the best way to see what’s happening in Western Oregon is by air. The views from a small plane can be jarring: Mountains teeming with towering trees followed by winding cutouts of nothing but stumps, where giant machines have sliced massive trees like matchsticks.

“You can see where there’s a few trees left here and there – that’s required by Oregon law,” said Chandra LeGue, Western Oregon Field Coordinator for the group Oregon Wild.

According to LeGue, only about 15% of old-growth forest that has never been logged is left. Old-growth forests were protected by the Northwest Forest Plan, which was signed in 1994, and impacted more than 24 million acres of federal land in Oregon, California and Washington.

When asked if the Northwest Forest Plan was a success or a failure, LeGue said, “From an environmental perspective, it’s a success. But we’re only 25 years in, so it’s kind of a long-term experiment.”

Logging on federal lands has dropped by as much as 90%. But on state-owned and private land, clear-cutting is rampant. And while logging companies are required by law to replant new trees after clear-cutting, it can take a decade or more before a young forest absorbs as much carbon as an old one. 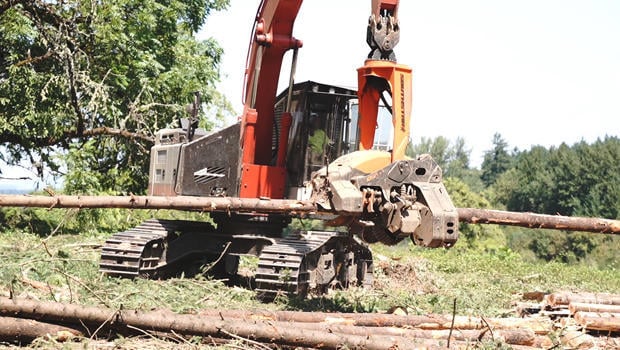 When asked his appraisal of the Northwest Forest Plan, Todd Payne, CEO of Seneca Jones, a timber giant in Western Oregon, said, “Honestly speaking, I think it was a failure.”

He believes the plan is choking growth and says the hands-off approach environmentalists advocate is leading to more wildfires because forests have been neglected.

Payne took Glor to one of Seneca’s expansive tree farms an hour-and-a half-outside Eugene, where they operate on 50-year cycles. The area was clear-cut for the first time about 55 years ago, and then clear-cut again three years ago.

When asked why clear-cutting, Payne said, “We’re mimicking what Mother Nature’s done for billions of years.”

“But this looks traumatic for a lot of people when they see something like this,” Glor said.

“I actually look at it quite different,” said Payne. “I think it’s somewhat aesthetically pleasing.” 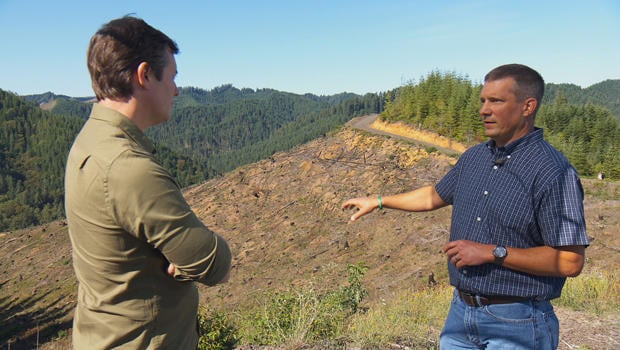 Seneca Jones CEO Todd Payne, with Jeff Glor, at an Oregon tree farm that has been clear-cut for the second time. CBS News

“You think that looks aesthetically pleasing?”

“I do. Maybe I’m somewhat biased, but when I look out, I see sustainability and rejuvenation,” he said.

“Not every company like yours is willing to talk about their story or take us to places like this. Why do you do it?”

“I think we as an industry have not done a very good job historically of telling our story,” Payne replied.

Timber companies have also traditionally used a practice called aerial spraying, in which chemicals are dropped by helicopter to kill any vegetation other than trees used for lumber. 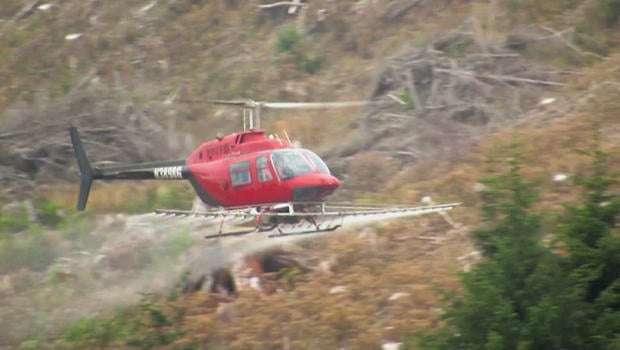 Aerial herbicides are sprayed on recently clear-cut land to kill vegetation that would compete with trees.   CBS News

Glor said, “A lot of people are concerned about spraying.”

“Well, I think people are just not informed well on that subject,” Payne replied. “We use it once or twice in a 50-year cycle.”

“It ultimately flows somewhere, though?”

“No, it doesn’t. No, a lot of times this stuff doesn’t flow off the landscape. The product will adhere to the vegetation that it’s targeted for, and stay there.”

Nancy Webster, who lives up the coast in Rockaway Beach, Oregon, is worried those chemicals seep into her drinking water: “This affects the fish, the wildlife, and we are up against large corporations. To even counter it, we need science and legal help, and it’s really difficult for small communities.”

Today, the situation may be reaching a critical point, because the federal government wants to suspend a public review process, which logging companies say needlessly ties them up in court.

Glor asked Payne, “Should there be a public review process when logging takes place on public lands?”

“Well, we have professionals in place in our federal agencies that are managing these lands, and I think we need to let them do that work,” Payne said.

In other words, he wants groups like Oregon Wild to stay away. 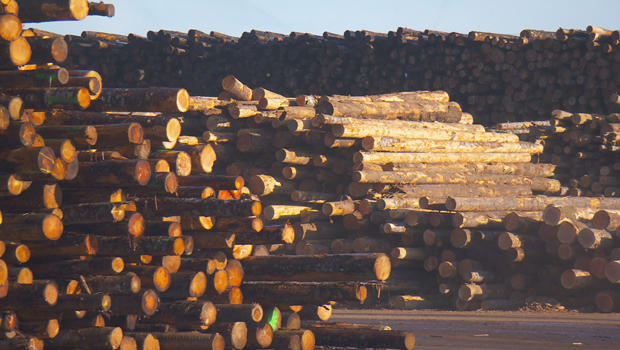 According to the Oregon Department of Forestry, loggers harvested an estimated 3.9 billion board feet in 2016. CBS News

Glor asked LeGue, “The argument [from loggers] is that if they’re not able to log, people can’t build homes.”

“Yeah, well, no one’s talking about shutting down logging,” LeGue said. “We’re talking about what I feel are common-sense changes that do less damage to the environment that we all share.”

She wants to see forests thinned, not clear-cut, a far less invasive approach. But she acknowledges it is more expensive and would produce less lumber.

“I think people do need to come to grips with the fact that the wood that they use to build houses, or anything else, comes from clear-cutting forests in places like Oregon,” LeGue said.

“What you’re saying is, there’s a price to pay for a better world,” said Glor.

“I think in order to make amends in some way, there is a price to pay for that,” she said. “And I think it’s worth it.” 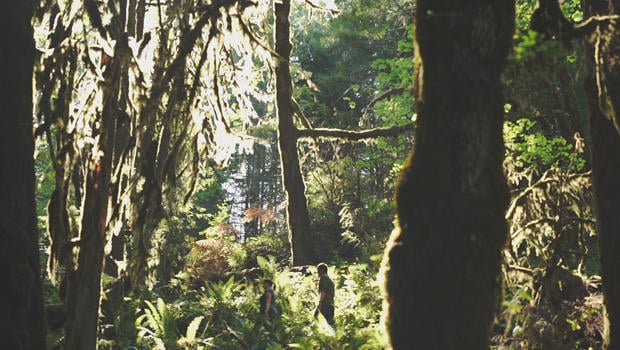