HOUSTON, Miss. (WCBI) – A new school year for one school district in our region means an added layer of protection for students and teachers.

When Howard Parker was hired as the school resource officer, one of the first items on his to-do list was to make sure the campuses were secure.

“Simple things like doors leading to the outside, not being securely closed. Making everybody aware, that, if you come to a door, make sure it’s closed, that way anybody from general public can’t just walk into the building and have access to the children,” Officer Parker said. 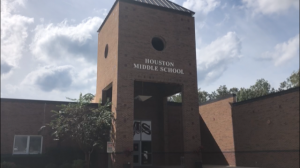 Officer Parker worked for the Hancock County Sheriff’s Department for years and was about to retire.  But his wife, who is from the Chickasaw County area, wanted to get back home.  The school resource officer position opened, and Houston Police Chief Adam Harmon recruited Parker for the job. He now patrols all five schools in Houston.

“It frees up one officer for us, first of all, we have one officer designated on the scene, and gives the teachers trust,” Chief Harmon said.

As the SRO, Officer Parker does more than just make sure the campuses are safe.  He also helps build stronger relations between police and young people.

“The kids have somebody that if something is going on at home, or in their life, that they don’t feel comfortable talking to a family member about, they can come to me and we can help them solve the problem and get them the help they are in need of,” Parker said.

“Having him here to interact with kids and build relationships with those kids and get to know them on a personal level. That’s gone a long way for our students,” said Houston High School Principal William Cook. 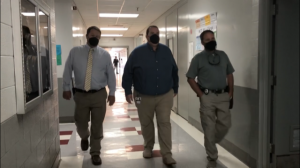 Funding for the SRO position is shared between the Chickasaw County School District and the City of Houston.

Officer Parker says he has worked virtually every job in his career as a law officer, before being named the SRO for Chickasaw County Schools.