WEST LOWNDES, Miss. (WCBI) – A fight and chaotic scene on a West Lowndes school bus leads to the arrest of the bus driver.

His bond has not been set.

Investigators learned there was a fight between two students. McBride got an injured student off the bus for medical attention.

He got back on the bus to find other students fussing and screaming.

“When he returned back to the bus, other students were now involved in an altercation, verbally, and he got in between those students trying to de escalate the situation and his temper was lost, and that’s when the assault occurred,” said Sheriff Eddie Hawkins, Lowndes County.

Lowndes County Schools Superintendent Sam Allison released this statement to WCBI: “This is an unfortunate incident. We are very embarrassed by this inexcusable behavior. We are thankful there were no serious injuries and very appreciative of the students who quickly de-escalated the situation. Mr. McBride is no longer employed by the Lowndes County School District.” 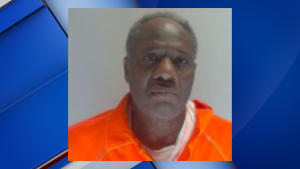 Not as hot, but daily rain and storm chances return