Six new vehicles were stolen from Frank's Chevrolet in Kosciusko and three were chased from Akerman into Lowndes County.

GOLDEN TRIANGLE, Miss. (WCBI) – Two people are in custody in two different counties after six vehicles were stolen from a car dealership in Kosciusko last night.

It was late Sunday night when Chief Tim Cook said Ackerman Police got a call. There were four suspicious vehicles parked outside the Choctaw County Medical Center.

“We had a report of suspicious people at the hospital. They advised that there was several new vehicles that pulled in and they were running around being suspicious. So the on-duty officer and the on-duty deputy both went over there and at that point, they said the vehicles were headed out and headed towards Starkville,” Chief Cook said.

It turns out the vehicles were stolen from Frank’s Chevrolet in Kosciusko. The hospital may have been a drop-off point.

Choctaw County Deputy Sheriff Dillion Cates said once law enforcement arrived, it was just a matter of time before three vehicles took off towards Lowndes County creating a high-speed chase.

“We got in behind 3 vehicles. One was the support vehicle and two were the stolen vehicles. A chase ensued leading us eastbound on Highway 12 to Starkville, Oktibbeha county, and Mississippi Highway Patrol along with Starkville P.D.,” Cates said.

When the chase arrived in Starkville, one driver got away. The support vehicle was stopped at a roadblock. However, the chase wasn’t over.

“They called ahead and Oktibbeha County set up a roadblock to try to get them stopped and they ran through the roadblock, almost striking a deputy at that point,” Chief Cook said.

The chase ended right in front of PACCAR on Highway 82 headed towards Columbus. After a 41 mile chase with speeds reaching over 100 m.p.h., the Mississippi Highway Patrol were able to throw out spike stripes, stop the vehicle, and arrest the suspect.

“The Highway patrol deployed a spike strip which disabled the two front tires on the vehicle causing him to come to a stop in the middle of Highway 82 and a foot pursuit ensued with all those agencies involved and he was captured, a short distance from that vehicle,” Cates said.

Investigators aren’t saying who they arrested yet.

Investigators said they believe this incident is connected to one recently at Cannon Motors in West Point.

They are still searching for at least two more suspects and two vehicles.

One is a white Chevrolet Tahoe and the other is a black Chevrolet Silverado. 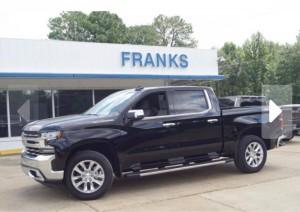 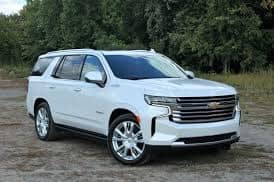 If you have any information about the suspects of the missing vehicles, please call the Choctaw County Sheriff’s Department at (662) 285-6129.

Columbus police are investigating a shooting at Sim Scott Park