A Taste of Summer: Cultivating the perfect park experience

Fruits and vegetables straight from the farm make for a welcome “Taste of Summer.” Turns out they can also make for a pretty successful restaurant, as our Conor Knighton learned firsthand:

The farm-to-table movement is mostly about knowing where your food comes from.

Chef Ben Bebenroth has it down to the tenth of a mile.

He showed Knighton rows of crops: “So we’ve got an Asian green mix over here. Those will be going into stir-fries and different salads and what-not. And we’ve got radishes here. This is a great example of [squash] what would end up in our kimchi at the restaurant.”

Tenant farmers work the land at a farm within the boundaries of Cuyahoga Valley National Park in Ohio.

And from this farm to that restaurant table is, how far? “20.9 miles.” Sounds like a drive he’s made a few times!

It’s a journey that began at Bebenroth’s Spice Kitchen, a hip, upscale restaurant in Cleveland, Ohio, where colorful pickle boards and dishes like watermelon terrine highlight local ingredients.  The halibut is served on a base of cous-cous compesto.

“Compesto is a pesto made from a lot of the vegetable trimmings that would end up in a compost bucket, [like] carrot tops, parsley stems,” Bebenroth said. 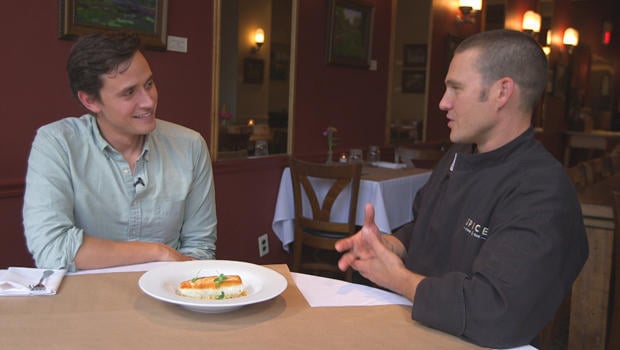 “So you’re really using everything from the farm?”

“As much as we can, yeah. It’s a shame to see something that you’ve touched so many times end up in a bucket.”

As if running a restaurant wasn’t hard enough, this ex-Marine with a culinary school background decided to try growing the food himself. He moved his wife and two young children onto 13 acres of government soil.

Technically, it’s OUR farm. The Bebenroths moved out of the city, and into a national park.

It’s just one of the many hundreds of farms that were in Cuyahoga Valley, said Ranger Pamela Barnes, of Cuyahoga Valley National Park, situated between Cleveland and Akron. Long before this land became a park, it was farmed by generations of Ohioans. 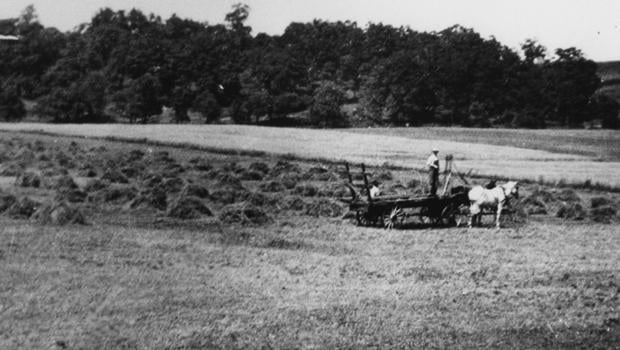 The farmland of Cuyahoga Valley would eventually become a National Park.

But eventually, the small family farms fell into disrepair.

“This story of farming in this valley, it’s part of what we’re charged to protect and preserve,” Ranger Barnes said. “So, that was the story that we needed to figure out, how were we going to bring that back to life?”

Today, these farms are thriving again. The park developed a plan to lease the properties to entrepreneurs who submitted applications. Eleven are currently up and running. Locals come to fill up on baskets of produce, and a weekly farmer’s market has become a gathering point for families. For many visitors, it’s their first time on a farm. 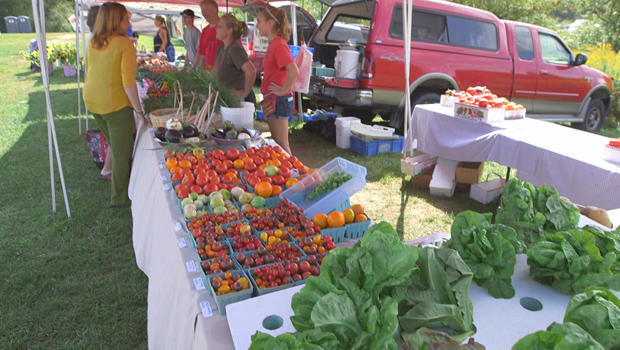 Bebenroth requires every member of his restaurant staff to come out and see the place for themselves.

Farming inside of a National Park also comes with its own unique set of challenges: “We can’t take care of rodents and varmints the way we used to in a privately-owned garden or farm,” Bebenroth told Knighton. “So, we basically have to plant a little extra, ’cause raccoons and hawks, they’re coming! You’re not gonna stop them!”

For the Bebenroths, the biggest benefit of coming to live here in Cuyahoga Valley has been the opportunity to raise children on this land. It’s both a playground and classroom. “The life lessons that they’re gaining from being surrounded in a natural environment, this is their basis for their decision-making for the rest of their lives. Everything will emanate from this experience.” 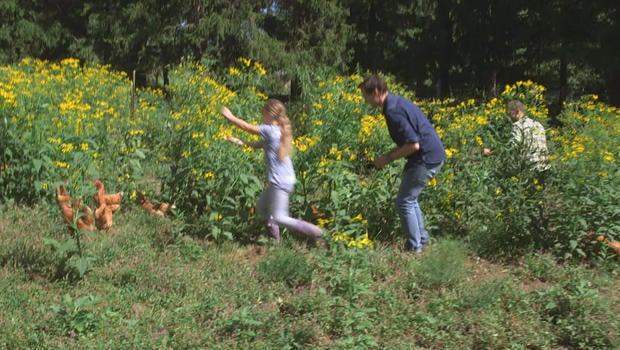 Cultivating the perfect experience is something Bebenroth talks a lot about.  It’s possible restaurant guests may leave without ever realizing the beet mole underneath their pork loin came from a vegetable grown in a National Park.

“I don’t really want people to appreciate the challenge that was overcome to get that to the plate; I want them to appreciate the experience and the texture and the flavor and the aroma and all the things that matter, right?” he said. “Like, no one wants to eat the food from the ‘sad chef’!”

That’s not something anyone eating Bebenroth’s food needs to worry about.  Right now, earning a living off the land, it’s pretty clear he couldn’t be happier. 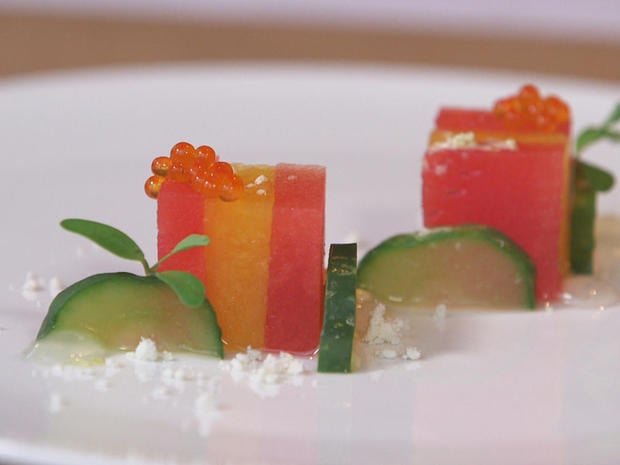 Food on the menu of Spice Kitchen is sourced from a National Park.

More from “A Taste of Summer”: