LOWNDES COUNTY, Miss. (WCBI) – A Columbus man is accused of stealing a truck and crashing it in Lamar County, Alabama Tuesday morning. 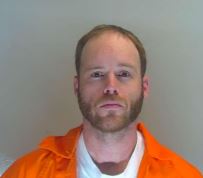 Lowndes County Sheriff Eddie Hawkins says the victim cranked his vehicle on Tony Cove about 6 AM and returned to find the pick-up gone.

After it was reported stolen, a deputy saw the truck and attempted to pull it over.

Hawkins says the pursuit nearly went to Vernon before the crash happened.

Rushing waived extradition and is in the Lowndes County jail.

Not as hot, but daily rain and storm chances return